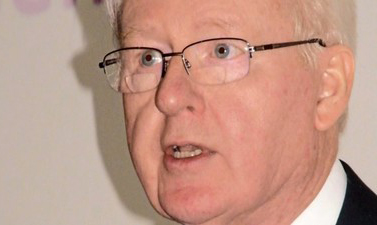 With the worst pandemic in a century in its seventh month, the scale of its devastation on the casino industry is only now becoming clear. Gaming revenue this year will drop US$40 billion, according to Global Betting and Gaming Consultants. Principal Warwick Bartlett (l.) says casinos have proven “extremely adaptable” so far, but calls the future uncertain.

Covid-19 will strip the world’s casinos of 25 percent of their gaming revenue by the time 2020 draws to close—a sum exceeding $40 billion in U.S. dollars. And the money won’t be coming back any time soon.

Research compiled by U.K.-based Global Betting and Gaming Consultants (GBGC) for the latest edition of the firm’s annual Global Gambling Report indicates it will take three years for the industry to recover the revenues it enjoyed before the pandemic upended international economies and shut down travel.

“The outlook for all jurisdictions’ gaming sectors remains uncertain,” said the firm’s principal, Warwick Bartlett, in an interview with GGB News. “Any future recovery depends on multiple factors. It’s hard to predict which will be the most influential and how they will interact with each other.”

This was made clear in a recent assessment by the International Monetary Fund of a world in which many countries “face a multi-layered crisis comprising health shock, domestic economic disruptions, plummeting external demand, capital flow reversals and a collapse in commodity prices”𑁋a world, moreover, where “risks of a worse outcome predominate.”

Even so, the GBGC report shows that casinos on the whole have displayed an impressive ability to pivot as the crisis demands, showing themselves to be “extremely adaptable in the measures they have introduced to get back into business.”

Macau, the world’s largest gaming market, was the first to close in an effort to contain the virus, which was identified in China as far back as December 2019. Macau’s casinos were closed by government order for 15 days at the beginning of February. The stringent border controls and mandatory quarantines that followed have worked to keep the densely populated, tourism-dependent city virtually virus-free, although they have also sent gaming revenues into a tailspin.

Following Macau’s lead, South Korea’s casinos also were early to close, with similarly strict measures imposed across the economy to contain the virus. Those efforts have been largely successful; it helped that, by law, all but one of the country’s 17 casinos is off-limits to Korean nationals.

It wasn’t until March that casinos across Europe and North America began to close. By then, the virus was firmly entrenched and spreading at alarming speeds. This has contributed to the uneven manner in which the industry’s safety measures have been able to prevail against it, as Nevada is now learning to its dismay.

Casinos in the U.K. had expected to open in July, but with 300,000 confirmed cases of the virus—the ninth highest level in the world—plus more than 45,000 deaths and a rate of infection exceeding India’s, the government shifted course and excluded casinos from a list of businesses permitted to reopen.

Conversely, bricks-and-mortar’s loss has been the internet’s gain, at least in the short term. The report expects remote gambling’s share of global revenues to increase to 13 percent this year, but the gains won’t last.

“Online poker was not growing in many markets prior to lockdowns. The captive audience created by societal lockdowns provided a boost,” Bartlett explained. “Already, there’s some indication that as lockdowns end, poker levels are declining again.”

Another factor he pointed to is the longstanding lack of sporting events, which only now is beginning to ease. “As the betting calendar returns, spending will be diverted back from gaming to sports bets,” he said.

In line with the consensus view, GBGC sees the land-based industry’s recovery as a 2021 story, and forecasts a hearty rebound in revenues of 21.6 percent. This will drop in 2022 to 6.9 percent as year-on-year comparisons get tighter and 4.6 percent in 2023.

Needless to say, a host of factors will affect how the recovery plays out, some foreseeable, some unpredictable. The report looks at several:

As these imply, the recovery will vary from market to market. GBGC’s forecast for Macau doesn’t necessarily share the current optimism. The report expects that 2019’s revenues of US$36 billion won’t be reached before 2023, and it will be at least another two years before the market approaches the $45 billion peak of 2013.

Nevada gaming revenue peaked in 2007 at $12.5 billion, as the report calculates it, and had been climbing back to that level over most of the last decade. But it won’t get there for the foreseeable future. The report’s forecast is for a return to slightly less than $11 billion by 2025.