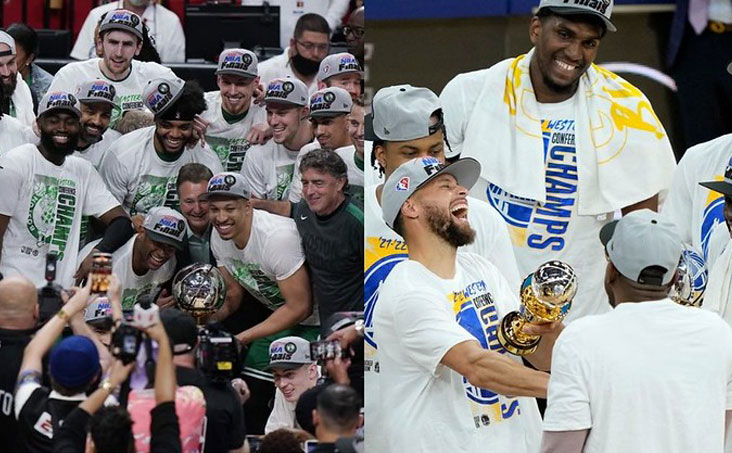 The NBA Finals will match two of the most storied franchises in professional basketball. The Boston Celtics and the Golden State Warriors will meet beginning Thursday.

The Celtics are pursuing their 18th championship, while the Warriors are making their sixth appearance in the Finals in the past eight years. But the Celtics had the tougher journey to get to this point. They swept the Brooklyn Nets, then went to seven games against the Milwaukee Bucks and the Miami Heat. The Warriors, meanwhile, took care of the Denver Nuggets in five games, the Memphis Grizzlies in six games and the Dallas Mavericks in five games. In their next meeting, the Warriors have home court advantage.

Coaching Matchup: Golden State’s Steve Kerr over Boston’s Ime Udoka. In his first year as head coach, Udoka has shown he can lead an exceptionally good Boston team back to its first Finals since 2010. Kerr has three titles in nine years.

Sign up to wager at PlaySugarHouse, and your first deposit it match, dollar for dollar, up to $250.

Key Injuries: Celtics center Robert Williams III wasn’t 100% against the Miami Heat. The Celtics will need his rim protection in this series. For Golden State, Andre Iguodala, Otto Porter Jr. and Gary Peyton II have participated in practice, but their availability hasn’t been determined yet.

Prop Bets for the Series: Top Scorer: Jaylen Brown is listed at +900 and Klay Thompson at +3000. There’s value in both bets, and both players are averaging more points in each round of play so far.

Join Unibet Sportsbook today, add funds, and your first cash bet is insured up to $250 back if you don’t hit a winner.

Why Celtics Can Win: Boston has a better defense, the ability to switch everything, and the ability to dictate tempo. The Celtics give up 105.1 points a game while the Warriors allowed 111.0 per game.

Why Warriors Can Win: The Warriors shoot better from distance, share the ball proficiently and can go on extended runs of 10 or more consecutive points by creating turnovers.

My Pick: I had both teams getting here. While the road in the East was difficult because of the caliber of teams, Boston defeated the Bucks without Kris Middleton, and the Heat minus several key players at different points in that series.

The Warriors are at full strength. Golden State has played better every round. While they did beat the Memphis Grizzlies without Ja Morant, that series was the only test of the three so far. Boston will lose one game at the buzzer that they control throughout. Marcus Smart is a good player, but questionable in crunch time.

The Warriors win this series in seven games.