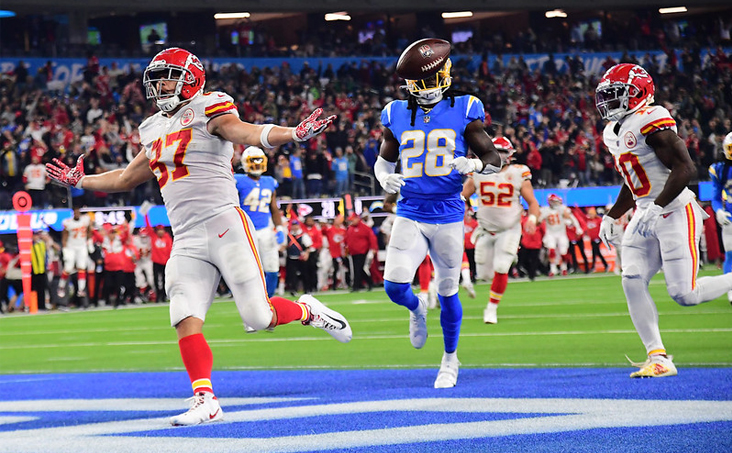 Justin Herbert and the Chargers head into Kansas City Thursday night to take on Pat Mahomes and the Chiefs.

Last week I pointed out that the opening night Buffalo Bills and Los Angeles Rams game would be practically impossible to predict and then went on to accurately predict Bills -2.5 and under 52.

This week’s NFL Thursday Night Football matchup will be another one loaded with talent and not easy to call ahead of kickoff. In a battle of contenders for the AFC West title and AFC title altogether, the Kansas City Chiefs and Los Angeles Chargers should put on a good show Thursday to kick off Week 2. Here are some storylines to track that will help determine this early-season division battle.

This will be the second consecutive week of the 2022-2023 NFL season that the Chargers’ secondary will be without its newest star J.C. Jackson. LA felt Jackson’s absence in their opening day matchup with the Raiders, allowing 295 yards through the air.

The Chiefs will bring a much more threatening passing attack that will likely outgain the Raiders’ output from a week ago, while also outscoring their 19-point total from the game.

This could quickly turn into a high-scoring game, which KC QB Pat Mahomes has been used to for his entire career. The Chargers will have to keep up with this offensive dominance with some of their own in order to keep this one close. Speaking of which…

Chargers running back Austin Ekeler was drafted at an average of fourth overall in fantasy drafts this season, as he is expected to provide the offense with tremendous value on the ground and through the passing game.

He started his season against the Raiders with a disappointing showing, rushing 14 times and catching four passes for 36 yards each way (72 total) and failed to find the end zone.

The Chiefs defense allowed just 208 passing yards and 103 rushing yards in Week 1, so they could be problematic for a dual-threat running back like Ekeler trying to get his season going. I expect Ekeler to again struggle to gain an abundance of yards, but to find the end zone for the first time of the 2022 season. 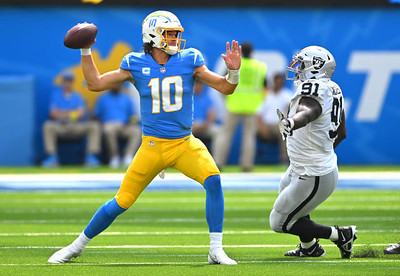 Justin Herbert is well on his way to claiming a spot as one of the premier quarterbacks in the NFL at just 24 years old. But his talent alone cannot make this passing attack effective.

Herbert’s favorite target, wide receiver Keenan Allen, has been one of the most consistent receivers in the NFL over the past several years and is a huge part of Herbert’s weekly game plan.

This week Allen, along with backup tight end Donald Parham Jr., will miss the Thursday night contest due to injury and Herbert will need to be efficient with the receiving options he has left.

This likely means he will rely on big-bodied receivers Mike Williams and Gerald Everett for a large percentage of his targets. He also will undoubtedly look for the aforementioned Ekeler on check-downs often throughout this one. It should be a relatively predictable game plan for the Chiefs to attack and while they won’t shut down the Chargers high-powered offense, they definitely can slow it down

KC’s superstar tight end Travis Kelce started his season with a bang against the Arizona Cardinals, reeling in eight catches for 121 yards and a trip to the end zone. He will have an extremely tough matchup in this one, likely drawing superstar safety Derwin James Jr. for most of the game.

LA is coming off a Week 1 matchup where they saw another top-tier tight end in Darren Waller, who accumulated four catches for 79 yards.

After Kelce’s opening week performance, the Chargers would be thrilled to keep him to that same stat line as Waller’s from a week ago. But that might be easier said than done, as the KC passing game looks to have wasted no time getting right into their rhythm this season. Kelce should drop down a little bit in catches and yards in this one, but will almost certainly find the end zone again.

Take advantage of an Early NFL Payout at Bet365. Get your straight bets or parlay selections paid out if the team you back gains a 17-point advantage. 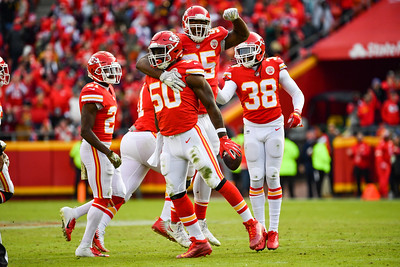 Both defenses started the year well against the run, as the Chiefs held the Cardinals to 103 yards on the ground and LA kept the Raiders to just 64.

Neither offense boasts an elite rushing attack, although Ekeler is one of the game’s best receiving backs. There shouldn’t be much of a ground game to speak of on either side and that should make for a long game with a lot of stoppages of the clock. This will allow for more plays to be run and as a result, more points to be scored. This should all lead to a high-scoring shootout for TNF.

As the strong run defenses would suggest, this should be a long game full of passing attempts. With two of the best QBs in the NFL going at it, we should see lots of points. Expect this one to go over 54.5. And while the Chargers may long-term have the talent to unseat the Chiefs as six-time defending AFC West champs, this current matchup doesn’t suit them very well, especially on the road. The -3.5 is a trap line trying to bait bettors into taking the Chargers. So don’t fall for it and confidently roll with the Chiefs to win by about 7-10 points.

Make your first-time deposit with BetRivers and place your sports wager. If your first wager loses, receive a Free Bet, equal to your stake, up to a maximum of $500 ($100 max in NY).

Everyone Wins with G