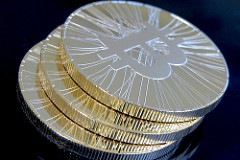 According to a draft of the guideline, Chinese bitcoin exchanges would have to follow banking and anti-money-laundering laws as well as have to identify their clients, according to media reports. The People’s Bank of China would have jurisdiction over violations.

Bitcoin exchanges have been under increased scrutiny in China as officials there believe traders are suing virtual currencies to illegally move money out of China. The attention has caused Chinese trade in Bitcoins—once the dominant market for the virtual currency—to fall of steeply.