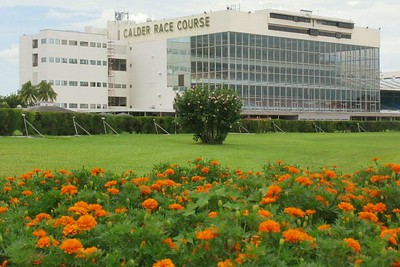 Churchill Downs Inc. shuttered its Calder Casino in Miami in March and reopened it in mid-June. Now it’s "temporarily suspended" operations again in response to a spike in Covid-19 cases in Florida.

On July 3, Churchill Downs Inc. (CDI) announced it had “temporarily suspended” operations at its Calder Casino in Miami, just three weeks after the property reopened. The closure followed Miami-Dade County Mayor Carlos Gimenez’ emergency order requiring casinos and other entertainment venues in the county to close in an attempt to control the spread of Covid-19.

Gimenez stated, “I am rolling back the reopening of entertainment facilities, such as movie theaters, arcades, casinos, adult entertainment, concert houses, bowling alleys and other indoor establishments that have recently had their plans approved by the county.”

Churchill Downs officials said the company would work with Miami-Dade County and Florida state officials to reopen Calder “as soon as it is appropriate to do so.” Originally closed in mid-March due to Covid-19, the 106,000 square-foot facility offers 1,100 slot machines.

CDI started to reopen its casinos in June with new safety and health protocols listed in its “CDI 360 Degree Approach to Safety.” The requirements include frequent cleaning of high-touch surfaces, mandatory temperature checks for staff and visitors and the use of personal protective equipment for staff.

Tribal casinos were among the first to reopen and most remain open since they are controlled by sovereign governments and not regulated by state or local laws.