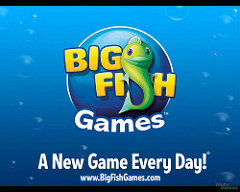 Churchill Downs, Inc. has moved its online wagering operations to its Louisville, Kentucky racetrack and home base.

The company’s TwinSpires online wagering business was developed and resided in California’ Silicon Valley, where it has remained for 10 years. Churchill Downs CEO Bill Carstanjen told the Associated Press that Louisville has since developed the high-tech resources and personnel to handle the task.

“When we thought the skill sets were strong enough here in the state where we could duplicate all of those skills, that’s when we really wanted to do it,” Carstanjen said. “Because we always liked the idea of the strategists of the business… being located here with the rest of us.”

The TwinSpires platform for mobile wagering on thoroughbred, harness and quarter horse races last year accounted for 10 percent of total betting on U.S. races, according to the operator. Some $1.1 billion was wagered through TwinSpires last year. “Technology, specifically mobile, is the equine industry’s fastest-growing sector, “said Carstanjen.