HomeGambling RoundupClassmates Hope to Use Gaming To Revive Virginia Town

Classmates Hope to Use Gaming To Revive Virginia Town 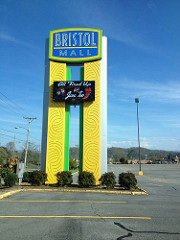 If and when casinos are allowed in Virginia, two former high school classmates hope such a facility opens in the former Bristol Mall. The United Company Chief Executive Officer Jim McGlothlin and Par Ventures LLC President Clyde Stacy already put “We’re Betting On Bristol!” on the empty mall’s outdoor sign. They said their privately financed $150 million venture could provide an economic boost for the region on the Tennessee state line where the coal industry has declined and recently Bristol Compressors announced it was closing its local plant, eliminating 468 jobs.

For a Bristol casino to become reality, the Virginia General Assembly would have to legalize casino gambling. McGlothlin said he hopes that happens in the 2019 session. In the most recent session, lawmakers legalized historical horseracing. “That was done to help the equestrian groups. Surely you would want to help a struggling city,” McGlothlin said.

Republican state Senator Bill Carrico, whose represents Bristol, opposed the historical racing machines measure. “I’m not committed one way or another to the casino. Even if legislation goes through, Bristol people should have the final say through a public referendum.”

Bristol Vice Mayor Kevin Wingard said, “If we can’t attract high-tech jobs, then we have to look at what is being proposed. I believe this project will put Bristol and Southwest Virginia on the map and turn things around.”