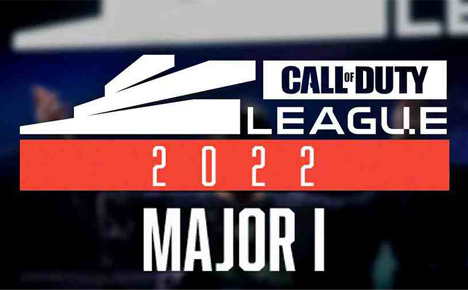 Esports fans, the Call of Duty Vanguard season is finally here. Check out our key match predictions for this weekend’s Major 1 qualifying round.

The Call of Duty League Kickoff Classic gave players and viewers a glimpse of the excitement to come. Toronto Ultra took out a surprisingly robust Seattle Surge in the grand finale, showcasing the team’s talent in the early stages.

With the CoD Vanguard season upon us, it’s time for Major 1 qualifiers. Starting this weekend, every team will go all out to make it to the next round.

Get a free $5 game plus an instant match deposit up to $100 when you sign up to wager at Monkey Knife Fight. MKF was built to be fun for the average fan!

Before the season, the league announced the return of LAN events. Every major, qualifier and mid-season event with fans in attendance will be in person. Qualifiers will span the next three weekends, with Major 1 from Thursday, March 3 to Sunday, March 6. The matches will be broadcast exclusively on the CDL’s official YouTube channel.

League viewers will see some significant changes after the qualifiers. First, the Top 2 highest-ranked teams will no longer receive a bye in the first round, which means more matches for you to watch. What’s more, the bottom two teams won’t start in the loser’s bracket.

This year’s contenders are:

After losing to Seattle and its rookies in their first match, Atlanta FaZe has a lot to prove going into the first Major qualifiers. They’re still the strongest side from top to bottom, but after a poor showing in the Kickoff Classic, it seems that even the CoD giants can fall.

Toronto Ultra has reminded CDL fans that they’re still a top team. The franchise made no changes to its starting roster in the off-season, and it looks like that was the right decision. As a result, the Ultra made it straight back to the finals in the event. This makes them one of the favorites heading into this weekend.

Surprisingly, Seattle Surge came in hot in the Kickoff Classic and is expected to do it again for the first Major of the season. While the team couldn’t bring home the title, Surge’s showing proved the team is finally on the front foot. 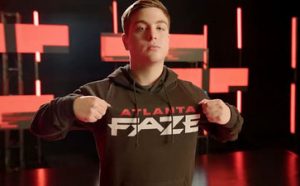 Going into the new season, starting with the Major 1 qualifiers, here are the Top 4 players to watch:

Pred/Sib. The two rookies, Seattle Surge’s Pred and Sib, took the Kickoff Classic by storm, and proved their worth in spades with their relentless speed and mechanical understanding. These two make up a formidable slaying partnership. But we’ll have to wait and see if they can maintain their momentum heading into the Major 1 qualifiers.

Simp. Despite his team trailing out in their first match, Atlanta’s Simp is still one of the best players in the league, if not the best. His use of SMGs is still unrivaled, and his aggressive style sets him apart from the rest of the league.

Cammy. Helping lead Toronto to its first title of the season, Cammy is one of the most consistent players in the league. He was a constant thorn in the side of his CDL opponents, and his sniper play all tournament was a joy to watch. In addition, his partnership with Insight made for one of the most formidable assault rifle duos in Call of Duty.

Shotzzy. Like Simp, Shotzzy of OpTic Texas outplayed many of his opponents. His versatility is second to none and his play never gets old. This is one of those players you just love to watch. It’s his quick and unpredictable movement that makes him so good.

This is a battle of two bottom-of-the-table teams. The London Royal Ravens and Florida Mutineers have had their share of bad luck over the last few seasons. Neither team has strengthened its roster, but they haven’t lost players either. The Florida Mutineers will end up squeezing a win after this first match.

This almost seems like an unfair match-up; the top team against the bottom. There’s no question that Atlanta Faze is the favorite going into this match, and surpasses Paris Legion in every position. This Paris team can’t get anything going, which showed in the Kickoff Classic. Atlanta will take this match.

This is an exciting match-up. OpTic Texas should be one of the league’s top teams, but didn’t impress during the Kickoff Classic. Minnesota RØKKR stayed consistent last season and even picked up silverware in Major 5 the previous year. It’s also keeping the same lineup. Texas won’t go down without a fight, but look for RØKKR to win this round.

Esports fans, we’ve got your back—and your bonuses. Check in with iGamingPlayer for up-to-date esports news, insights and promotions. Sign up below.

EPL Teams to Rule in