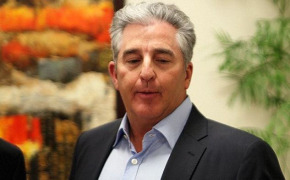 The fate of the closed Revel Atlantic City casino—now rebranded as TEN—remains mysterious as another possible buyer has filed an agreement of sale for the property with Atlantic County New Jersey.

But according to the Press of Atlantic City which reported the filing, Revel owner Glen Straub again denied a deal was in place and even said he had never heard of the company filing the agreement.

Still, analysts pointed out in several published reports that it would be unlikely a company would make the filing without a signed deal, though the deal could be subject to some conditions such as financing and regulatory approval. Sources tell GGB News that regulatory review for the new owners is under way, and that wouldn’t happen unless a deal signed by both sides had been filed with the Division of Gaming Enforcement.

The agreement was filed on August 31, and states that Straub has agreed to sell the property to a group associated with Mile High Dice MGR, LLC, based in Colorado, the Press reported. The sale agreement includes both the casino property and its on-site power plant.

The documents name Bruce Deifik as the manager of Mile High Dice. If the sale goes through, Deifik will be manager of the purchaser TEN RE ACNJ.

Deifik is founder, president and chief executive officer of Integrated Properties, Inc., a company formed in April 1990 to handle acquisition, development, asset management, property management, leasing and disposition of commercial properties under the ownership of Deifik and his investment partners. Projects by the company include the Hyatt Grand Champions Resort in Palm Springs as well as numerous office and retail centers in the Denver and Phoenix metropolitan areas, the Press reported. He is also the former head of the Nevada-based Greenspun Corp., owner of the Las Vegas Sun newspaper.

The agreement filing does not name a price for the former casino and Deifik declined to comment on the filing to the paper.

Straub, however, denied the sale was in the offing.

“I have no idea. I’ve never talked to them,” Straub told the paper. “They are doing this just so they can tie up our property. People can file anything.”

Also, another firm, Keating & Associates LLC, a New York-based private investment firm, recently confirmed it has made a $225 million offer for the property recently. The company issued a statement after the story on the filing broke saying they remained committed to purchasing the property and praised Straub for keeping the closed property in prime condition.

Straub, however, has repeatedly denied he is close to selling the property and told Philly.com he has not been in talks with Keating either.

Straub has announced grand plans for the former casino he bought for $82 million out of bankruptcy court, but he has also missed several announced opening dates for the property.

Straub remains embroiled in a legal battle with the state on whether he needs a full casino license to lease casino space at the property. Straub maintains that he doesn’t, but the state Casino Control Commission is requiring Straub get a full license. Straub said he is waiting for his appeal on the commission’s ruling to be settled before considering selling the property.

Straub wants to lease the casino space to Connecticut developer Robert A. Landino to run as Ten casino resort. According to a report at Philly.com, Landino formed Ten RE ACNJ—named as the potential buyer in the filed agreement—in December. Mile High Dice MGR LLC manages Ten RE ACNJ.

Ten RE ACNJ’s formation documents were amended by Deifik last month to incorporate provisions of New Jersey’s Casino Control Act, indicating that the company may intend to seek a gambling license in the future, the Philly.com report said.