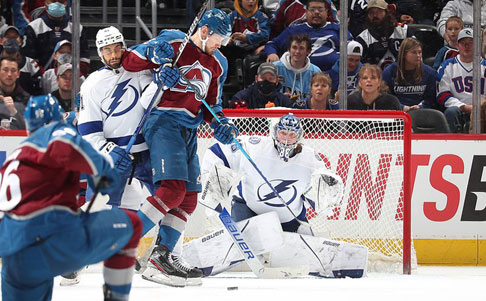 With Colorado taking the first game in OT, we break down the Stanley Cup odds. Who will emerge as 2022 champions?

This entire 2022 NHL postseason has felt like it was leading up to what we finally are able to see: a Colorado Avalanche versus Tampa Bay Lightning Stanley Cup Finals matchup.

Before the conference finals, I told you to bet Colorado and Tampa -1.5 in their respective series lines. I hope you listened because a two-pick parlay would have had +601 odds, meaning a $100 wager would have brought back $701.

Now that both teams are in the Stanley Cup Finals, let’s look forward to what should be a thrilling championship series.

Why Colorado will Win 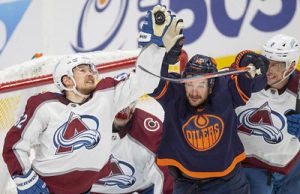 Colorado is coming off a 4-0 series sweep of the Edmonton Oilers in the Western Conference Finals and as a result is enjoying the rare luxury of a nine-day rest leading up to Game 1 of the Stanley Cup Finals.

Tampa Bay, on the other hand, just battled through a tough six-game Eastern Conference Finals series with the New York Rangers and enters the Finals series a little banged up on short rest.

This rest advantage is so valuable so late into a long season. Especially when facing a Tampa Bay team who has now gone the full distance of a Stanley Cup Finals run three years in a row. On top of this, Games 1 and 2 will be played in Colorado, so we very well could see the Avs punch Tampa in the mouth with a quick 2-0 series lead before the week is over.

Colorado could be well on their way to a series win in a maximum of six games. If that is case you can go back to the well with the series -1.5 line. At +115, this might be the best value of any bet you can get your hands on for this series. 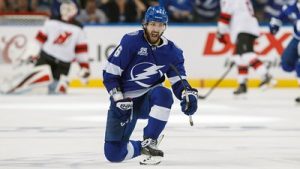 While I don’t expect Tampa Bay to win the series, Nikita Kucherov is, and has been, the team’s clear top scoring option for a while now. Colorado features a much more balanced attack of several capable scorers. Any of them could step up in any of the games in this series.

Kucherov will be a steady option for the Lightning throughout the series. He will be a large reason why they hang close in this series, if they are indeed do so. Even in a losing effort, you can expect Kucherov to lead this series in goals scored and +550 makes this bet well worth it.

New customers at Harrah’s New Jersey don’t need a bonus code to take advantage of the sportsbook’s deals. New customers receive a matched deposit up to $300 and an additional $10 free! 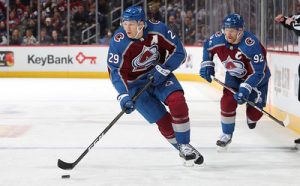 Colorado assistant captain Nathan MacKinnon has led the team in goals scored (11) this postseason by a decent margin and figures to continue this role in the Stanley Cup Finals series. He is at +230 to win the Conn Smythe. He is tied with Kucherov for the shortest odds to lead the series in goals scored, also at +550.

Defenseman Cale Makar has racked up a crazy amount of assists (17) in the playoffs, but this very well could be overshadowed by the goal-scoring prowess of Mackinnon, especially if he mixes in an overtime goal or game winner at some point.

These awards tend to favor goal scorers or goaltenders, and while Colorado goalie Dancy Kuemper has been playing well, it’s the offensive attack that has gotten them here and should continue to lead them to a title. Mackinnon at +230 is worth looking into.

This should be a very fun series to watch. Seemingly the entire postseason has been building up to this matchup. Colorado has been one of the most dominant teams in recent history. Tampa Bay is going for an unprecedented Stanley Cup 3-peat. Something has got to give and this series should be nothing short of must-see TV. Get those bets in and enjoy what should be an instant classic!

Don’t miss a minute of the Stanley Cup Finals with fuboTV. Watch Live or Stream – sign up here.

Are You the Next iLo

Will Underdogs or Tr