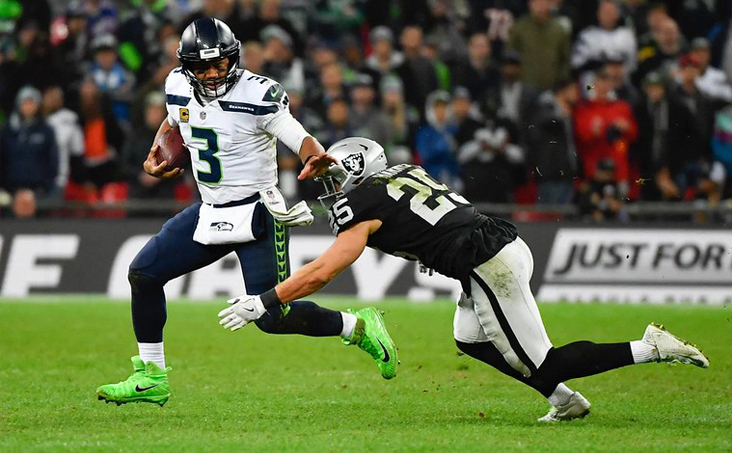 Two underperforming teams will try to right the ship on Thursday night as the Indianapolis Colts head into Denver to take on the Broncos.

New Denver Broncos quarterback Russell Wilson will lead his team into yet another prime-time game this Thursday night, their third in the first five weeks of the season. As for the Indianapolis Colts, this is their first non-1:00pm (EST) start of the season. As is to be expected five weeks into the NFL season both teams are banged up, and on a short week could be missing some key players. Here are some things to watch this Thursday night that will play a large role in the game’s outcome.

Both Indianapolis and Denver have had veteran QBs disappoint early on this season. In the case of the Colts, Matt Ryan is nearing the end of his NFL career and is struggling to maintain consistent efficiency like he has been used to for so long. He does have the Colts in tenth place in the league in passing yards with 252 yards per game, but has thrown just five touchdowns to go with five interceptions.

Luckily for Ryan the Broncos defense has forced just a single INT, although they do rank fifth in the league in fewest yards allowed in the air (170.8). It won’t come easily, but Ryan should be able to move the ball well enough to put some points on the board.

On the Broncos side, Wilson has yet to hit his groove since his viral welcome message of “Broncos country, let’s ride.” He has protected the ball well, throwing just one INT so far and losing zero fumbles. He just hasn’t been able to do much with the ball. His Denver passing attack ranks just 18th in the league with an average of 226.3 yards a game.

On top of that, Wilson has thrown just four TDs in as many games. The Colts allow just 207.5 passing yards per game, good for tenth-least in the league, and appear up for the challenge against ‘Mr. Unlimited.’ It seems the Broncos won’t be much of a threat on the ground in this matchup, allowing the Colts to key in on their passing attack. Similar to the Colts, the Broncos won’t be lighting it up in the air but should be able to account for a touchdown or two. 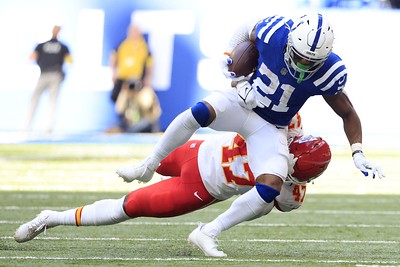 Indianapolis franchise running back Jonathan Taylor struggled last week due to an ankle injury and appears likely to either play very limited snaps in or entirely miss Thursday night’s game. Lucky for the Colts, they have a capable and proven backup RB in Nyheim Hines.

The team has run for just 87.8 yards per game (27th in NFL) so far this season even with Taylor, so Hines hopes to provide a change of pace that could spark this side of the Colts offense. Denver has the league’s 18th best run defense this season, averaging 114 yards per game, so there is some room to attack. Like the passing offense, I expect little, but not zero, production from the Colts running backs this week.

Denver’s running game took a bit more of a blow this past week. Starting RB Javonte Williams went out for the season after tearing his ACL so now it’ll be up to backup Melvin Gordon to step up for the rest of the season. Again, this is a quality replacement, as Gordon has 6283 career yards worth of experience in the league. He should fill in nicely for Williams, but faces a tough matchup in his first week as starter.

The Colts defense is allowing just 89.5 rushing yards per game (sixth in NFL) to opposing teams, which should frighten a Denver team that already only averaged 109.5 yards per game (18th in NFL) when fully healthy. This may be a stifling effort from Indianapolis’s run defense and I don’t expect Denver to be able to get anything going on the ground.

A big factor in the aforementioned passing struggles of both teams so far this season has been their inability to protect their QBs. The Colts’ struggles don’t appear to be ending this week, either. The team has allowed 15 sacks so far this season, the fifth most in the league. They will be facing a Denver pass rush that ranks tied for sixth in the NFL with 11 sacks. This seems like the most exploitable matchup in this game, and Matt Ryan can expect to be picking himself up off the ground often throughout this one.

Denver has also allowed a lot of sacks so far this season, coming in at eighth-most in the league with 12. The good news for Wilson is that the Colts don’t do a good job of getting to opposing QBs, entering the game with just seven (T-22 in NFL). This should be somewhat of a wash, with Indy getting to Wilson a couple times, but not enough to change the course of the game.

It seems that Indianapolis has just a slight advantage in almost every category heading into this one. The matchup is just a favorable one for the Colts, even on the road. It should be an ugly but close game, and Indy is used to grinding out these types of games. I expect them to win outright but love them to at least keep it within a field goal.

As previously mentioned, neither team should have much offense going for them in this one. It’s going to be a defensive game, with each score proving very meaningful to the final outcome. The teams’ combined average points scored (30.8) and points allowed (38.3) are both more than five points below the posted 43.5 line for this one. Both teams are used to low-scoring games, and they will most likely be in another this Thursday night.