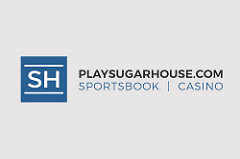 The New Jersey Division of Gaming Enforcement has levied a $30,000 fine against Rush Street Interactive—operators of thee playsugarhouse.com online casino—for allowing underage gamblers to open accounts at the site.

The division said the activity happened between November 2016 and January 2018 due to a software defect that did not accurately record patrons’ birthdates. Thirteen people between the ages of 18 and 20—New Jersey’s gambling age is 21—were able to create accounts and make online bets worth nearly $5,000, according to the Associated Press.

Rush Street Interactive NJ and the state reached an agreement on the $30,000 penalty after the company reported the violation to the DGE.

“We take this matter very seriously,” the company said in a press release. “As soon as our team discovered the misconfiguration, we self-reported it to the gaming commission and took immediate action to correct and prevent recurrence. Responsible gaming is a top priority for us.”

The SugarHouse casino is located in Philadelphia, but operates an online site in New Jersey through a partnership with the Golden Nugget casino in Atlantic City. The Golden Nugget was not part of the complaint, the AP reported.