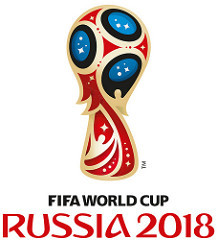 Live broadcasts of the World Cup in the UK are inundated with gambling advertisements, and it’s prompting concern, according to research by the BBC.

A Radio 4 analysis of 11 games broadcast on ITV, the network carrying the tournament, found that each game contained six commercial breaks, 66 ads in all, of which 62 were gambling ads.

Complaints have been pouring in to the Advertising Standards Authority, which says there is little the agency can do as long as the ads are aired at stipulated times after 9 p.m. and during live games and do not violate regulations governing content.

“The gambling market was liberalized in the mid-2000s; the one area we don’t have control over is the volume of the gambling ads,” said ASA spokesman Craig Jones.

The content rules are strict. Commercials must not appeal to children, portray gambling as seductive or suggest it as a solution to financial problems. Recently, this was extended to include bans on “Bet now”-type commercials and ambiguous offers of free bets.

“We think that preys on people’s impulse control, and anything that trivializes gambling or underplays risk is also the wrong side of the line,” Jones explained.

And bookmakers regularly fall on that wrong side. Over the last 12 months, Foxy Bingo, William Hill, Ladbrokes, 888 and Casumo have all been fined for content violations. Most recently, a complaint was upheld against Coral for three games that featured cartoon characters of leprechauns and wizards on the grounds that the games and marketing materials could appeal to children.

Matt Zarb-Cousin of the Campaign for Fairer Gambling said it’s time now to deal with the numbers of ads.

“I think it’s inappropriate before (9 p.m.) because children are seeing them,” he said. “Research from Australia found that children, when they’re watching the football and they see the ads, they think you have to have a bet to enjoy the game. Australia then went on to ban the ads during sporting events.”

Operators, surprisingly enough, agree. Gillian Wilmot, chairman of the Senet Group, a body set up by bookmakers to address concerns about problem gambling and advertising said, “There is widespread unease in the gambling industry at the volume and density of gambling adverts around live sport, but it is difficult to reduce this in a competitive market unless government decides to act.”