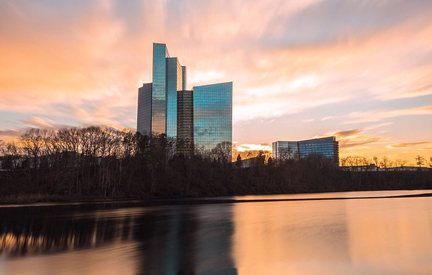 Foxwoods and the Mohegan Sun (l.) casinos in Connecticut earned impressive revenues in June, the first month they operated after the pandemic. This despite reopening without many of their amenities.

Connecticut’s Indian casinos, Foxwoods and the Mohegan Sun, despite the handicap of reopening without their buffets, arenas and some of their hotel rooms, made impressive profits in June, their first full month of operations, post-Covid-19 closures.

The casinos, operated by the Mashantucket Pequot and Mohegan tribes, released their slots statistics July 15, which they are required to do because they pay 25 percent of slots profits to the state.

The figures indicated that between them, the Indian casinos raked in $79 million in slots profits—and paid $19.8 million to Connecticut.

They reopened June 1, after being closed since March. Jeff Hamilton, president and general manager of the Mohegan Sun, declared, “We had two less weekend days than last June, so from a calendar perspective, we did great. If we’d had another weekend, we’d have beaten last June.”

Ironically, because so much of the property remained unopened, which reduced expenditures, Mohegan Sun enjoyed its best cash flow in its history.

He added, “Doing that much volume with so much closed allows us to be more efficient.”

Pequot Chairman Rodney Butler told the Day, “The positive story here is that we were able to bring back 2,000 employees who were furloughed and needed health care in a pandemic.” He added, “And despite the economic challenges facing the region and the state, the casinos collectively were able to turn over nearly $20 million to the state.”

This was so despite the casinos not operating half of their slot machines to maintain social distancing. Mohegan Sun, for example, operated 2,200 of its total 4,000 slots. Foxwoods operated 952 of its total 3,441 slots.

About 3,300 workers have returned to work at Mohegan Sun, said Hamilton. That’s about 60 percent of the total. It includes all table dealers.

Butler conceded that the June success owed a lot to the fact that the two casinos largely had the field to themselves, since most New England casinos hadn’t reopened at that time. Now casinos in Massachusetts, Pennsylvania, New Jersey and Rhode Island are back on line, at least partially. Those casinos have taken a third of Foxwoods’s market since 2010.

This has had its effect, said Butler and Foxwoods has taken actions to bolster reserves, such as obtaining a loan from the tribe of $12.5 million. The tribe has pushed the maturity date on a $257 million loan that had been due this June and asked its lenders for a $20 million line of credit. It has also obtained some funding from the CARES Act.