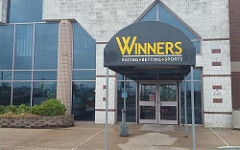 The Connecticut legislature last week advanced a bill. HB 7331, that would allow sports betting at the tribal casinos, while authorizing the Connecticut Lottery to offer it online and at four brick-and-mortar locations. Off-track-betting locations would also be able to obtain licenses to offer sports bet.

The gross sports wagering would be taxed at 10 percent. This is attractive to many lawmakers, but not all. Senator Tony Hwang, a longtime opponent of any gaming expansion, commented, “I would rather we as a state did it more cautiously, more wisely.”

Under the bill no one under 21 could make sports bets. Bets on college games would be banned, although Rep. Kurt Vail rhetorically asked “Why not all college sports?”

Senator Craig Fishbein asked why not wait to see what experience other states how with sports betting without experimenting. “I don’t see this being a benefit to our state other than monetarily. And I think that’s wrong.”

Currently new Governor Ned Lamont is engaged in negotiations with the tribes on both casino gaming and sports book. He has declined to answer questions about the status of the talks.

This didn’t satisfy Rep. Pat Boyd, who declared, “I know that there’s a lot more people than in this room that need to be part of this discussion.” He added, “This is like we’re in chapter two of a pretty long book. This legislature needs to think long and hard about what we’re doing long-term.”

Before the vote, the Committee on Public Safety and Security held another very long session that jumped from issue to issue, from sports betting to teenage car thefts and school safety. But it did spend a good chunk of the time on HB 7331.

The noisiest part of that discussion came when a representative of Sportech, which has the exclusive license for off-track betting, and George Henningsen, chairman of Foxwoods Tribal Commission, both testified.

Rep. Craig Fishbein quizzed Sportech chief legal counsel about various facets of sports betting. At one point he asked, “Off-shore gambling of this ilk is going on in this state. Certainly you wouldn’t sit here today and say that that will go away?”

Pingel responded, “We’d like to think we’ll get a lot of it, in addition to some people who weren’t placing bets before. We’ve seen … people driving down to NJ, when they could (sports bet) just as easily on the black market. So there is an appetite for legal, regulated sports betting. There is a bit of confusion now with our neighboring states offering this, people want to do it here legally.”

In discussing the “integrity fee” that sports leagues seek as part of a sports betting package, Fishbein demanded “Because integrity is at the core of this … are we creating an issue for the leagues for people to bring lawsuits? I’ll be on the phone and filing lawsuits, I don’t know that we’ve really thought this thing through. I’d be more comfortable with seeing how other states are handling this.”

Pingel responded, “Even if we were to acquiesce to the leagues and pay them an integrity fee, there is nothing set up to compensate you. If you think that setting up an integrity fee is going to further to protect you, that was never contemplated.”

The representative also quizzed the tribal representative, asking, “Is your position that, OK, Connecticut now has legal sports betting, and we (the tribes) have the right to choose to have it. But we aren’t going to pay you additional money?”

“It’s more complicated than that,” answered Henningsen during a long exchange that left the impression that Fishbein was not interested in negotiating with the tribes.

Another representative, Dan Champagne, commented, “I think we should protect the, what, $271 million that we get from the tribes. The tribes have been there, they’ve worked with us well. Does that mean that everything that comes along they get exclusivity on? Maybe not. But I think we should sit down at the table to talk about it. I don’t think that state of Connecticut is in a position to lose a couple hundred million dollars, and I don’t think we will be any time soon.”