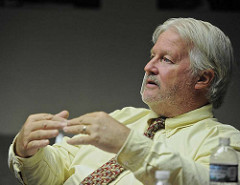 The Connecticut legislature is looking at two bills that propose markedly different approaches for a third casino in the state. Both bills have been moved forward by the General Assembly’s Public Safety Committee.

One lawmaker’s comment before the typified the fact that many legislators are torn on the issue. “While my personal position hasn’t changed, I think my elected position is that I’m inclined to try and move both bills forward so that both conversations can continue,” said state Senator Craig Miner.” Miner says he intends to vote against both bills on the floor of the Senate.

The Mohegan and Pequot tribes, which operate the Mohegan Sun and Foxwoods, want the lawmakers to authorize them to build a third, satellite casino on non-tribal land near the border with Massachusetts to blunt the effects of the MGM Springfield on the profits of their existing casinos. The tribes would, in effect, be operating a commercial casino, rather than a tribal one. That’s one bill.

The other, competing bill, which is favored by MGM Resorts International, would require a competitive bidding process for a new casino. By its very nature it would not necessarily favor the tribes, although they would be able to compete. It would authorize the state Departments of Consumer Protection and Economic and Community Development to create regulations and a process for requesting proposals from developers to build a casino somewhere in the state.

Supporters of this bill claim that it could bring more revenue to the state than the tribal casino.

MGM is building a $950 million casino in Springfield, which is 14 miles from the two states’ common border. It is expected to open in late 2018. MGM’s non-compete clause with Massachusetts prevents it from operating another casino within 50 miles of Springfield, but it has been lobbying the Connecticut legislature to consider southwestern part of the state, near Bridgeport.

The tribes have selected a site of a now-defunct cinema in East Windsor for their preferred casino. The bill they prefer would give them the exclusive right to operate a commercial casino in the state.

The tribal bill prompted Connecticut Governor Dannel P. Malloy to ask Attorney General George Jepsen to issue an opinion about the legality of giving the tribes a monopoly on the casino process. Jepsen said he was worried that the bill would invite lawsuits and that it might not be constitutional. He also speculated that the bill might inadvertently violate the tribal state gaming compact with the Mohegans and Pequots.

That opinion has drawn fire from Andrew Doba, spokesman for MMCT Venture, the joint tribal authority appreciated Jepsen’s concerns but added, “Moreover, we have heard from people who spent their careers working at the BIA (Bureau of Indian Affairs) that the proposed changes will not adversely impact anything.”

Mohegan Tribal Chairman Kevin Brown declared, “Many people are promising many things this year,” said Mohegan Tribal Council Chairman Kevin Brown. “What we are promising is real – it’s founded on an actual track record of partnership with both the state and every city and town in Connecticut, one we hope to continue in good standing for generations to come. We thank the committee for their vote today.”

The Schaghticoke Tribal Nation, which is not a federally recognized tribe, but which has been pressing for years for the right to operate a casino, cheered on the bill that opens up the process to all developers. Chief Richard Velky said in a statement: “The Public Safety and Security Committee did the prudent thing today in heeding Attorney General Jepsen’s warning and passing House Bill 7239—if there is going to be a third casino, a fair and equitable process executed in an orderly fashion is the only way the citizens of Connecticut can succeed without jeopardizing funding to the state.”

In a separate but related development, the Mohegan Sun Casino and Mohegan tribe last week unveiled plans for a $80 million expo center that will open the summer of 2018, where it will host the Barrett-Jackson Northeast 2018 automobile auction.