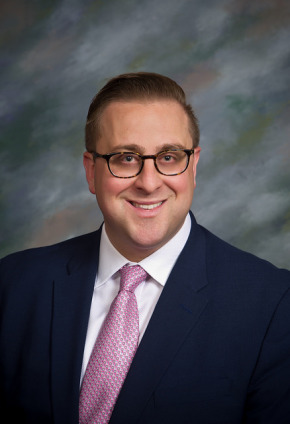 At a public hearing last week Connecticut lawmakers heard from various speakers on the advisability of legalizing online gaming. The testimony was made to the Connecticut Public Safety and Security Committee. It included testimony by the Connecticut State Lottery’s Steve Wagner and Connecticut Attorney General George Jepsen and many other stakeholders.

Foxwoods Resort Casino in written testimony not only supports such efforts, it calls online gaming, the “strongest opportunity for the state.” Seth Young, Foxwoods’ executive director of online gaming told the panel, “As we see it, the strongest opportunity for the state is in legalizing statewide iGaming, another activity that is currently operating for Connecticut residents in the black market today.”

Young emphasized that off-track betting and daily fantasy sports are already on the verge of legalization—they await amendments to the state’s tribal state gaming compacts.

Young pointed to neighboring New Jersey. “Since iGaming was introduced in New Jersey in 2013, New Jersey has collected more than $126M in tax revenue. We project the revenue opportunity for iGaming in Connecticut to be greater than the revenue opportunity for sports gambling. Based on our estimates coupled with a pragmatic tax rate, over the course of five years Connecticut stands to collect roughly $87M in tax revenue from iGaming, at a rate starting at roughly $14.25M in Year One, escalating to roughly $20M in Year Five.”

He quoted reports that estimate 3,374 full-time jobs were created in New Jersey through online gaming since 2013. “The regulated New Jersey iGaming market has had no reports of replacing people with computer servers. In fact, dozens of jobs were created directly as required by regulation, along with hundreds of additional jobs to support the market,” he said.

Young argues that the state’s two tribal casinos would benefit from online gaming because it would make them more competitive, and bring more visitors to their brick and mortar operations. He said that in 2016 Atlantic City casino turned around a decade-long decline in revenues and grew their market by 2.2 percent from 2016 to 2017.

“iGaming has contributed to Atlantic City’s stabilization and turnaround in a market with new casinos right over the border in Philadelphia and other neighboring states, in a similar destination-style market as we have here in Connecticut,” said Young.

Moreover, iGaming brings in customers who haven’t visited casinos before. Young quoted David Satz, the Senior Vice President of Government Relations at Caesars that 91 percent of online players were new customers that hadn’t been in the Total Rewards program prior to playing online. This experience was duplicated at other New Jersey casinos, he said.

Young also denounced lobbying efforts by Major League Baseball and the NBA made at an earlier hearing of the committee when they argued for a share of sports betting, should it be legalized.