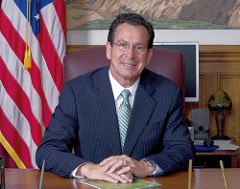 As the U.S. Supreme Court prepares to hear arguments this fall on New Jersey’s appeal challenging the federal ban on sports betting, Connecticut has become the latest state to bet on New Jersey winning its case, while Mississippi appears to be laying the groundwork.

Last seek, Connecticut Governor Danell Malloy signed a bill into law that would authorize a state-regulated sports betting program, should the high court rule in favor of New Jersey and hold that states may decide on sports betting.

The law began as House Bill 6948, which holds, “The Commissioner of Consumer Protection shall adopt regulations, in accordance with the provisions of chapter 54 of the general statutes, to regulate wagering on sporting events to the extent permitted by state and federal law.”

The bill also includes authorization of a new casino in the state run by the two current gaming tribes, the Mohegan Tribe and the Mashantucket Pequots, and allows for an increase in the number of off-track horse-racing betting sites.

The new law will allow Foxwoods Resort and Mohegan Sun Casino—and the new joint casino—to add sports books, should the federal ban on sports betting be lifted as a result of the New Jersey case.

In Mississippi. gaming officials could regulate sports betting in the state’s casinos if the U.S. Supreme Court removes the federal ban against it next term—even though HB 967, the online gaming bill which was signed in March, made no mention of sports betting.

State Rep. Scott DeLano, one of the bill’s six sponsors, said, “The intent of this bill absolutely had nothing to do with sports betting. The 2017 bill put in place consumer protection pieces and regulations to prevent businesses from taking advantage of our constituents for fantasy sports. That’s it.”

State Senator Sean Tindell, author of the identical bill in the Senate, added, “We did not see House Bill 967 in the same light as sports betting. We knew there was a federal law that prohibited sports betting but allowed fantasy sports gaming. We weren’t concerned with sports betting then because we knew the federal law would trump anything we could pass.”

Last year the state legislature passed a law allowing betting on fantasy sports games inside existing gaming establishments through websites like Fan Duel and Draft Kings, but it banned betting on final outcomes of actual sporting events. The law was based on a draft bill that passed in March and included recommendations of a task force commissioned to study improvements to the 2016 law.

However, since the law was signed, the U.S. Supreme Court announced it will hear arguments on whether sports betting should be legalized at New Jersey casinos and racetracks. At issue is the Professional and Amateur Sports Protection Act of 1992, which outlawed sports betting nationwide except for Nevada. Mississippi is one of five states that joined the case. State Attorney General Jim Hood said the state considers the federal ban as an intrusion on state jurisdiction.