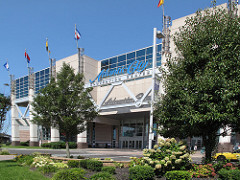 Continent 8—one of the largest online gaming data center and network solutions providers in the U.S.—announced it will integrate their data centers in Caesars Atlantic City and Ocean Resort Casino with locations in Mississippi, Nevada, Pennsylvania and West Virginia.

The company said the multi-state capacity will create a “seamless suite of hosting and network managed services for those seeking to enter the growing sports betting market in the United States,” according to a company press release.

Continent 8 and the Casino Reinvestment Development Authority have previously announced a deal for the company will construct a new data center at the Atlantic City Convention Center. The company plans to build the nearly 6,000-square foot data center by the end of this year and will pay CRDA $101,000 annually in rent, according to the Press of Atlantic City.