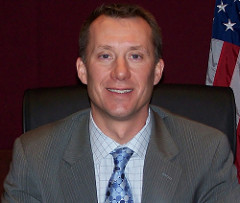 A.G. Burnett, who earned wide respect during his five years as chairman of the Gaming Control Board, is joining the Reno firm of McDonald Carano, it was announced by the office of Gov. Brian Sandoval.

“He’ll definitely be missed,” Nevada Gaming Commission Chairman Tony Alamo said. “He was knowledgeable and had a real commitment to the job.”

Burnett expressed satisfaction with the board’s accomplishments during his tenure.

“When I was appointed, I drew up a list of things I wanted to get done. Internet gambling. Nightclub regulations. Daily fantasy sports. We checked all of them off. When I was reappointed, I made another list. Skill-based gaming. Hybrids. Marijuana use. On that last one, we drew a line on it and it wasn’t easy. And we checked all those off.”

Burnett is joining McDonald Carano’s gaming and administrative law group, where he will be “an invaluable resource,” said A.J. “Bud” Hicks, a partner in the firm.

“In addition to his vast experience with Nevada gaming licensing matters and regulatory requirements, A.G. brings tremendous knowledge relating to the issues that are presently roiling the gaming industry including matters relating to the potential spread of interstate sports betting opportunities and internet gaming developments.”

Burnett joined the three-member Gaming Control Board in January 2011 and was appointed chairman in November 2012, replacing Mark Lipparelli, who resigned three months before the end of his four-year term. Burnett previously had served as deputy chief of the agency’s corporate securities division and worked under Sandoval when he was state attorney general, serving in the gaming division as a senior deputy attorney general.

His last day on the job will be December 22, the announcement said. Sandoval hasn’t said yet who will replace him.