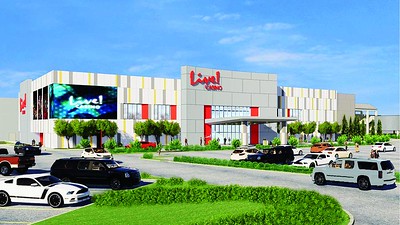 Cordish Companies officials say they won’t put a sportsbook in their Live! Casino Pittsburgh mini-casino after regulators refused to waive the $10 million fee.

Officials of Corish Companies told officials of the Pennsylvania Gaming Control Board last week that the company’s Pennsylvania casino licensee, Stadium Casino LLC, will not be paying $10 million for a separate sports betting license for its Pittsburgh mini-casino, Live! Casino Pittsburgh, under construction at the suburban Westmoreland Mall.

Stadium Casino officials had requested that the board waive the $10 million fee, since it already had paid a $10 million fee to offer sport betting at Live Hotel & Casino Philadelphia, currently under construction in Philadelphia’s Stadium District.

Company officials testified before the board in October that its sports betting license for Stadium should apply to the mini-casino as well as the stand-alone casino hotel. They argued that it makes no economic sense to pay $10 million to operate a retail sportsbook at a mini-casino, which is restricted to 750 slots and 40 table games, and drew a parallel to off-track betting facilities, which do not pay the fee.

“As you look at the direct revenue associated with sports betting, though it’s been an impressive start, it’s a very small fraction of overall gaming revenue,” Rob Norton, president of Cordish Gaming Group, told the board October 30.

At its regular monthly meeting last week—held remotely due to the coronavirus pandemic—the board actually voted 4-3 to waive the $10 million fee for the mini-casino, but the request was denied under the state gaming law requirement that licensing actions must be approved by a “qualified majority,” achieved by approval votes from all four legislative appointees and at least one of the three gubernatorial appointees.

All four of the board’s legislative appointees voted to approve the request, but none of the three gubernatorial appointees—Chairman David Barasch and members Obra Kernodle IV and Denise Smyler—approved the waiver.

Cordish quickly released a statement expressing disappointment with the board’s decision and indicating it will not pay the extra fee for a retail book in Pittsburgh.

“While other gaming companies have postponed and canceled projects, and shed thousands of jobs, our company is investing close to $1 billion in the commonwealth, creating thousands of new jobs in one of the most economically challenging periods in our country’s history, and will pay hundreds of millions in taxes to the Commonwealth when open,” the statement said.