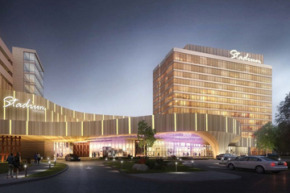 The Pennsylvania Gaming Control Board has approved the buyout by Baltimore-based Cordish Companies of its partner in the Stadium Casino company, Bensalem-based Greenwood Gaming.

The approval makes Cordish the sole owner of the planned $700 million Live! casino, the second license pegged for the city of Philadelphia. Cordish officials say they have secured all the necessary permits, and construction on the hotel and casino in the heart of Philadelphia’s sports stadium district will begin soon.

The buyout of Stadium Casino also gives Cordish ownership of Stadium’s planned Category 4 satellite casino, which will occupy the space of the former Bon-Ton anchor department store at Westmoreland Mall in Western Pennsylvania. Construction of both facilities will occur simultaneously.