Could Cam Newton Be the Pats’ Salvation? 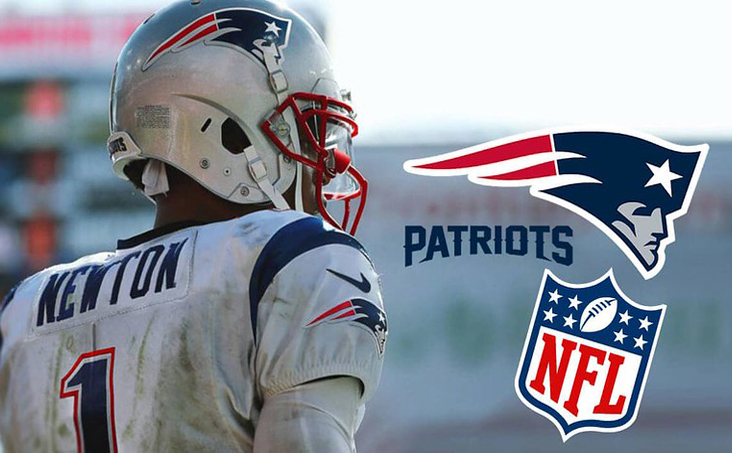 NFL season kicks off September 10, and oddsmakers are keeping an eye on Cam Newton, who just succeeded Tom Brady as the Pats’ QB, and the KC Chiefs, currently the favorites to repeat their 2019 Super Bowl victory.

Something happens in the betting world when the calendar flips to July. Suddenly, NFL season is just around the corner, and this year, we’re really ready for some football.

On September 10, the defending champion Kansas City Chiefs will host the Houston Texans in a rematch of their thrilling post-season shootout. Now’s the time for fans to get a jump on futures bets, because the future will be here before you know it.

The board reflects high expectations for strong teams, but don’t expect anyone to flirt with the 1972 Miami Dolphins, the only undefeated team in NFL history.

At PointsBet.com, the Chiefs are the +500 favorite to win the Super Bowl. The Baltimore Ravens, who stumbled in the playoffs after a terrific regular season, are +600.

The San Francisco 49ers, who lost in the Super Bowl to Kansas City, are +900.

Create a new wagering account at PointsBet.com, and get up to $200 in risk-free bets: 1 for Fixed Odds, 1 for PointsBetting. Get started today!

Brady to Bucs, Newton to Pats 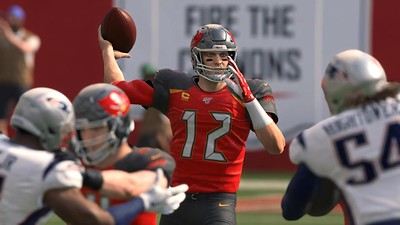 The Tampa Bay Buccaneers probably created the most excitement in the off-season when they plucked New England Patriots quarterback Tom Brady and coaxed his favorite target, tight-end Rob Gronkowski, out of retirement. The Bucs went from 50-1 at most books down to 10-1.

Hard to find a steal there, but Tampa Bay is still reasonable value, and Brady’s sure to relish the challenge. He seemed to take exception to Patriots wide receiver Julian Edelman’s welcome post to Cam Newton on Instagram.

Edelman a photoshopped Newton in a Pats uniform with the caption, “Newton, Massachusetts,” and the hashtag “#LetsWork.” To which Brady responded: “I will always be your #1.”

The Patriots, who now look older, slower and less imaginative, are 20-1 odds. But they advanced in some sportsbooks after acquiring former Carolina Panthers quarterback and free agent Cam Newton in what was reported to be a one-year, $7.5 million deal.

Newton was slowed by a foot injury last year, but give him a line and a receiver, and the Pats could be serious contenders—again. Remember, Brady and Newton have faced off only twice in their careers—last time in 2017—and Newton was victorious both times.

Mahomes Back As MVP? 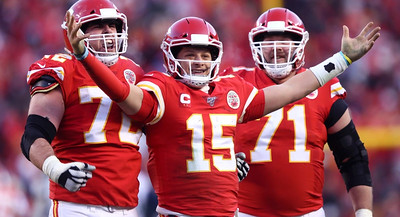 Kansas City QB Patrick Mahomes is +400 to win the MVP Award. Lamar Jackson, a shoo-in for this honor last year, is +600. The angle is that Mahomes, who was injured much of last year, will regain form.

The wins totals indicate nobody is viewed as a superpower. Kansas City is 11.5 and the San Francisco 49ers ar 10.5. That’s a tempting number for the over.

The Philadelphia Eagles, NFC East Division winners last year, are 20-1. The Iggles are over-under 9.5 and the newly-minted Las Vegas Raiders, perennial under-achievers despite having some good skill-position players, are over-under 7.5.

PlaySugarHouse.com has a couple different wrinkles. It already has the NFL Week 1 schedule up, listing Kansas City -10 against Houston. The Texans are +370, just in case you were thinking early.

This is an excellent time to shop the books for different odds. After all, it’s already July.