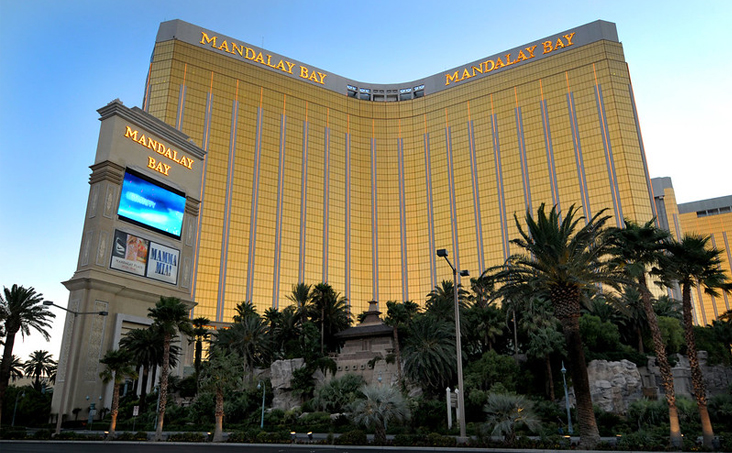 MGM has put feelers out to host the NBA, the NHL and other leagues when sports return and casinos re-open. The games would be televised but with no fans. The leagues would only confirm the discussions.

In what seemed like an offhand remark during MGM Resorts’ first-quarter earnings call on April 30, CEO Bill Hornbuckle said the casino giant has considered offering its facilities to host the NBA, NHL and other sports.

“We’ve been in dialogue with leagues and other sporting activities around televised-only events,” Hornbuckle said.

MGM officials declined further comment, and NBA spokesman Mike Bass said, “We’ve been approached by multiple properties regarding potential options for hosting NBA games, including MGM. We have not engaged in any substantive discussions.”

A proposal sent to the NBA and WNBA detailed MGM’s plan to host the leagues. The plan would allow players to bring their families with them, along with league and broadcast media employees. All would have access to amenities, including gambling.

In addition, MGM has hired a health and safety consultant as an adviser to ensure the proper medical testing and oversight is provided.

When it comes to the basketball or even hockey, Mandalay Bay is the first MGM Strip resort that comes to mind. It has 4,700 rooms combined, between the Four Seasons and the Delano. The setup is connected by an enclosed walkway to the Luxor hotel, where MGM service staff such as housekeepers and caterers would live.

The New York Times indicates that 24 basketball courts could be built in Mandalay Bay’s 2.1 million-square-foot convention center. Of those, five would highlight televised games.

And there’s history here: the NBA has held its annual G League Winter Showcase at Mandalay Bay Convention Center the past two Decembers.

Aside from Mandalay Bay, MGM has more than a dozen Las Vegas resorts at its disposal, most with some sort of event center.

Go mobile at BetMGM.com! Opt in to the Wi-Fi Wednesdays Promotion, wager $50 or more on your favorite slots or table games using a mobile device, and get $10 in FREEPLAY.

For sportsbooks, this could be a match made in heaven.

“Like many sports fans, DraftKings is eager for the return of major sports leagues across the U.S. Whether games are played in empty venues or at neutral locations, we are committed to providing our customers with the ultimate gaming experience they’ve come to expect. In the meantime, the safety and well-being of the nation’s sports fans remains priority,” Johnny Avello, DraftKings sportsbook director, told iGamingPlayer.

Bill Sokolic is a veteran journalist who has covered gaming and tourism for more than 25 years as a staff writer and freelancer with various publications and wire services. He's also written stories for news, entertainment, features, and business. He co-authored Atlantic City Revisited, a pictorial history of the resort.