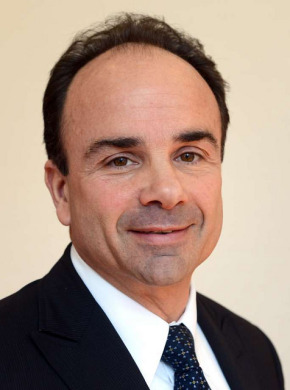 With the Memorial Day weekend behind them, Connecticut lawmakers have few days remaining before the end of the legislative session—and therefore just a short time to pass a bill that would authorize a third casino in the state—and tie it up with a ribbon for the state’s gaming tribes.

June 7 is the deadline to pass legislation that is not of an emergency nature. The closer that deadline comes, the harder it is to put something into the budget. Adding to the difficulties is the fact that both the Senate and House are close to evenly divided between the two parties. This forces compromise on the framers of any bill.

Two weeks ago, the Senate approved a bill to allow the Mohegan and Pequot tribes, and only them, to build a casino in East Windsor at a defunct cinema mall. The exclusivity requirement has crashed into a wall in the House. Another complication: the Schaghticoke Tribal Nation, a non-federally recognized tribe, has threatened to sue if it is not allowed a place at the table. It is demanding a competitive bidding process.

Other, non-gaming bills, such as a bill on nuclear energy, a paid medical leave bill, a pharmacy bill, a campaign spending bill and even a bill about birth certificates, are clogging the schedule, increasing the odds for the gaming bill.

Schaghticoke tribal Chairman Richard Velky last week played up his tribe’s ability to stick a wrench in the works of the current legislation—at least if it actually becomes law.

“Once they leave the reservation and it becomes a commercial licensed gaming anybody, it should be open to the citizens,” he said. His tribe cannot employ the Indian Gaming Regulatory Act to force the state to sign a gaming compact and offer gaming.

The tribe is not attempting to offer gaming on its reservation, but as a commercial operator—possibly in Bridgeport. It is being backed financially in its play by MGM Resorts International, which is fighting the third tribal casino idea in the courts and in the halls of the legislature. It is still fighting for a casino in Bridgeport, which would be well beyond the 50-mile radius of the MGM Springfield in Massachusetts that it is not allowed to compete within.

MGM Senior Vice President and legal counsel Uri Clinton, who has been the company’s chief spokesman during this fight, said last week, “While we have not been allowed to have any negotiations, there is no doubt that Bridgeport would be an ideal location.”

MGM has tried to recruit Bridgeport Mayor Joe Ganim. The gaming tribes are also seeking his support. After supporting such a facility 25 years ago for Hartford and paying a heavy political price, Ganim is now cautious.

Ganim’s spokesman Av Harris observed last week, “Listen, I think the mayor’s experience 25 years ago, it’s a cautionary tale and it’s a cautionary experience for him,” he said. “He doesn’t want to get so far out on this thing only to see it blocked in the legislative process.”

Harris and other representatives of the city have met with casino representatives—and the mayor has kept his distance. However, that may be about to change.

Harris told the CT Post, “He’s avoided a meeting up until this point just because it hasn’t been real. But as we get down to the wire in the (state Legislative) session and certain bills start to emerge, he’s more willing to meet with people. It doesn’t mean he’s committing in any way to a particular casino.”

Harris implies that the mayor wants to watch the side fighting for an Indian casino collide with the side that wants a commercial casino with open bidding battle it out.

“Let’s see who emerges,” Harris said. “The state has to figure out what its gaming policy is.”

He added, “Look, if something looks like a real possibility and casino is going to be built in Bridgeport, the mayor does not have a philosophical opposition to that,” Harris said. “In some way, maybe this fits.”

Meanwhile Senate President Pro Tem Martin Looney applied some verbal pressure to the House to pass the Senate bill.  He told NBC Connecticut “I would hope they would see the merits of dealing with the group that we have a track record with and understanding that we’ve had a good relationship over the years and we have a compact. As the governor has pointed out that would be a more secure way to go without a leap into the unknown.”

One segment of the bill that the Senate passed—that was ejected at the last minute—would have allowed a “boutique” casino in Hartford operated at an undetermined location by the gaming tribes as a part of their East Windsor satellite casino plan. It would have been much smaller than the $300 million facility envisioned for the satellite casino, which would have 2,000 slots and up to 150 gaming tables.

Hartford’s Mayor Luke Bronin, a lukewarm at best supporter of gaming in his city, backed the plan. He told the Hartford Courant, “I’ve never really been bitten by the casino bug, and I’ve never been a fan of putting a big box of slot machines in Hartford. The proposal to put a small, higher-end gaming boutique in an existing entertainment venue or hotel could present a very different kind of opportunity.” He supported a casino that emphasized table games over slots.

According to Senator John W. Fonfara, quoted by the Hartford Courant, “It was not envisioned to be a standalone destination, rather a small, yet sophisticated, venue to enhance the entertainment experience at the XL Center, theaters, restaurants, and clubs in downtown Hartford, while providing an opportunity to reduce the state’s investment to renovate the XL Center.”

Fonfara wanted to pin the tribes down to support the XL Center casino to obtain Hartford’s support for their satellite casino. The XL center has lost a lot of concert business to the Mohegan Sun and Foxwoods.

But other senators said that the proposal watered down the original purpose of the bill, to protect the existing Indian casino market from the ravages of the MGM Springfield.  They also feared that it would lead to the proliferation of other small casinos.

The gaming tribes didn’t take a stand on the Hartford casino, except to refer to it obliquely in a statement by Andrew Doba, a spokesman for MMCT Venture, the tribes’ joint development arm. “We’re committed partners with the state of Connecticut and have explored many ideas over the last several months as we’ve looked to pass the Senate bill,” said Doba.

It’s possible that the idea will be resurrected in the House.

Adding to the excitement: East Hartford Mayor Marcia Leclerc is trying to resurrect the idea of a casino in her city—on the tribes already rejected. She said she wanted to revive interest since lawmakers haven’t come to any agreement yet and a casino would be an economic engine for the city AND the region, benefitting venues such as the XL center and the convention center.

She told the Courant, “At first, I accepted that we hadn’t won the site. But then, the governor’s proposed budget came out, and it negatively affects my community. East Hartford has one of the highest mill rates outside of a city but still with an urban setting. We cannot continue to take economic hits.”

State lawmakers are stressed out by the fact that the casinos represent at possibly new money for the state, which collects 25 percent from the existing casinos, and which is facing a large budget deficit this year. That 25 percent has been declining in recent years, and now stands at $267 million from a high 15 years ago of more than $400 million. Studies strongly suggest the state could lose many millions more when the MGM Springfield opens the fall of 2018.

Leclerc is worried that her own city faces losing $7.6 million from its budget because of this problem. She is meeting with other area mayors to try to forge a common front. Developer Anthony J. Ravosa Jr. has proposed a $200 million casino at the Showcase Cinemas in East Hartford. He and other leaders from the city have been heavily lobbying the case for the city with House Speaker Joe Aresimowicz and Rep. Matt Ritter, who represents Hartford.

The Speaker has come out for an open bidding process, and said last week: “[W]e shouldn’t be giving the exclusive rights to anyone.” He says the rights to a third casino “is worth something. The Senate didn’t think so. We respectfully disagree.”

House Majority Leader Matt Ritter said no one has counted the votes on the bill yet, and said he expects as many opinions as they are members. He said the bill as written would not pass the House.