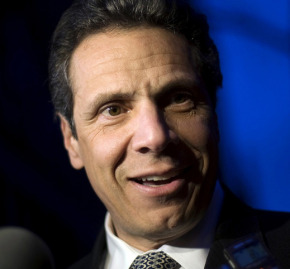 An impasse between the Seneca Indian Nation and the state of New York over casino revenue-sharing payments has erupted into a war of words between the tribe and the office of Gov. Andrew Cuomo.

Last week, an expected meeting in Niagara Falls between the governor and Seneca President Todd Gates failed to come off, and a Cuomo spokesman said the state will consider placing a competing commercial casino in Niagara Falls unless the tribe resumes the payments, which the state says its federally mandated compact requires.

To complicate matters further, allegations have surfaced that the Senecas placed a listening device in an office the New York Gaming Commission leases from the tribe’s Buffalo casino.

The payments dispute erupted in March, when the Senecas announced they were ceasing 14 years of payments―25 percent of the slot machine revenues at their casinos in Niagara Falls, Buffalo and Salamanca―a sum totaling more than $1.4 billion since the compact came into effect in 2002.

The obligation ended with the expiration of the original agreement in 2016, so the tribe says. The state says the compact calls for the payments to continue another 10 years, based on a renegotiated agreement concluded in 2013.

The standoff has municipalities in 16 western New York counties―and particularly the casinos’ three host cities―struggling to make up a combined financial shortfall of more than $10 million a year.

“We believe if they don’t pay the compact is null and void,” an administration official said last week, speaking on condition of anonymity. “As a condition of that compact they get exclusivity, and if they don’t honor their end we’re going to explore how to put a casino in Niagara Falls.”

He added, “The governor is turning to threats against the thousands of local jobs the Seneca Nation’s gaming operations have created in western New York.”

It’s not the first time that Cuomo has targeted the Senecas’ most lucrative casino market, although even in Niagara Falls revenues have been slipping in recent years in the increasingly saturated environment that characterizes gaming in New York. The state is home to seven tribal casinos, eight racinos and three new full-scale commercial casinos, with a fourth set to open in the Catskills next spring, 90 miles from New York City, not to mention pari-mutuel racing and a state lottery. State law also authorizes another three commercial casinos over the next 10 years, and developers are hoping those will go to the only market in the state that can be said to be underserved―New York City itself.

The two sides first fell out with each other in 2009 when the state authorized machine gaming at racetracks. The Senecas claimed the expansion violated the regional exclusivity the tribe was guaranteed under the terms of the 2002 compact and halted revenue sharing. The dispute was resolved with the 2013 deal and the payments resumed when the state agreed to slash a portion of the tribe’s financial obligation and affirmed the tribe’s regional monopoly.

The opening earlier this year of the first upstate commercial casinos may have reignited the old dispute. Specifically, the tribe is said to be angry over the location of the new del Lago Resort & Casino, which opened in February in Tyre in the Finger Lakes region on the boundary of the Senecas’ exclusivity zone.

The eavesdropping allegation has added a new wrinkle.

The Erie County District Attorney’s Office confirmed last week that it’s investigating claims by Gaming Commission workers that the Seneca Gaming Authority planted a listening device in their Buffalo casino office. The commission has regulatory oversight of casinos in New York and has staff at every Native American casino in the state. A source with direct knowledge of the investigation, who spoke on condition of anonymity, confirmed to the Buffalo News that the device was discovered about a year ago.

The Governor’s Office cited the revelation in explaining the failure of last week’s Cuomo-Gates meeting to come off.

“Given the publicly reported and verified criminal investigation in the Seneca Nation that commenced approximately a year ago, it would be inappropriate for the governor to meet with the Seneca Nation until the matter is resolved by the Erie County District Attorney,’’ Alphonso David, Cuomo’s counsel, said in a written statement.

The tribe says the matter concerns a Seneca Gaming employee and is unrelated to the compact dispute. Gates said last week the two issues are “completely unrelated.”

“Let’s not distract from, nor try to politicize, the fact that Governor Cuomo has now canceled two meetings with the Seneca Nation regarding an issue that is important to the people he was elected to represent,’’ he said.

“The governor should spend his time trying to figure out how he will fulfill the state’s continued obligation under the compact to provide payments to the local governments rather than continuing to seek ways to discredit the Seneca Nation.”