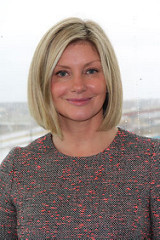 A committee of the District of Columbia council recently voted 7-6 to approve a bill allowing it to hire a sports betting vendor without a bidding process. The measure, the Sports Wagering Procurement Practices Reform Exemption Act of 2019, also extends the contract with Intralot, the current D.C. Lottery vendor, without competition. A second reading and vote on the measure will occur later this month.

D.C. Lottery Executive Director Beth Bresnahan said the lottery should be able to launch sports betting in D.C. within six months of signing a new contract with Intralot. She noted the district’s chief financial officer said pursuing an open-bid process would have taken at least 27 months.

The controversial decision has been covered by local media. The City Paper ran a story pointing out connections between lobbyists supporting the bill and council members. Also prior to the vote, a Washington Post article called the no-bid decision a “sickening spectacle.” That story also noted numerous ties between lobbyists for the bill and a council member and questioned the city’s financial analysis which showed the city could lose tens of millions of dollars by a bidding process. The article stated, “The only thing base in this sports betting gamble is the concocted scheme to throw out competitive bidding in favor of a contractor who has an inside track. Council approval of this sole-source bill would be a travesty.”

Previously, At-Large Council Member Elissa Silverman said, “I think we are rushing this process unnecessarily. I think there is another way to do this without sole-sourcing the underlying lottery contract. We’re not only getting into the sports betting business, we are modernizing our lottery. I think there are both good governmental and practical purposes to separate these contracts.”

Also, iDEA Growth, an organization supporting the online gaming industry, said in a statement, “The D.C. Council’s vote today to sole source the entire lottery and sports wagering contract hinders competition and transparency within the district. By voting to establish a monopoly–that cannot be challenged–the D.C. Council has stripped away any opportunity for healthy competition and oversight in the sports betting market. This action erodes public trust in the process and strengthens illegal offshore websites.”

“A huge motivating factor with adding gaming is wanting to be able to compete with nearby states. They don’t want to miss out on that opportunity,” she said.

The D.C. Lottery’s Intralot-operated online sports betting platform will be the only legal online sportsbook in the district, except for a few D.C.-based sports venues which will be allowed to have on-premise sports books.