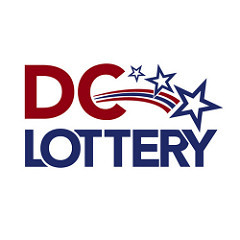 A council member in the District of Columbia says officials are currently gauging the support for institution of a sports betting program through the D.C. Lottery, and says betting could be in place by the end of the year if the support is there.

The D.C. Council rejected a previous attempt to institute multi-game parlay betting on NFL games, amid condemnation from the professional sports leagues. However, in the wake of the Supreme Court decision removing the federal ban on sports betting, district officials are considering implementing wagering, a D.C. Council member told the Washington Post last week.

Evans said if the support is there, he ideally would like to see sports betting “by the end of the year.”

“Virtually every state in the country has gambling, and many of them have casino gambling, and for Congress to say you can’t have gambling in the District of Columbia when virtually every jurisdiction has gambling now would be completely hypocritical,” he said. “I don’t think that’s a stumbling block, either. So I think we can do what we think is best for the city.”

Sports betting is illegal in the District of Columbia under an early 20th century law that makes it illegal “to bet, gamble, or make books or pools on the result of any trotting race or running race of horses, or boat race, or race of any kind, or on any election or any contest of any kind, or game of base ball.”

The current D.C. statute expands the betting ban to include “football, baseball, softball, basketball, hockey, or polo game, or a tennis, golf, or wrestling match, or a tennis or golf tournament, or a prize fight or boxing match, or a trotting or running race of horses, or a running race of dogs, or any other athletic or sporting event or contest.”