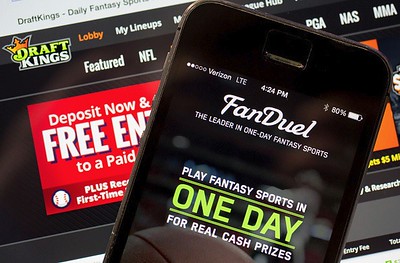 In a surprise move, the New York Appellate Division has confirmed a 2018 Supreme Court decision that invalidated a prior ruling, which defined daily fantasy sports (DFS) as skill-based. The majority opinion said too many variables are at play to classify DFS games as chance games. A spokesman for the DFS company FanDuel called the decision “flawed.”

The New York Appellate Division last month sided with a 2018 Supreme Court ruling that invalidated legislation that defined daily fantasy sports as mostly a game of skill, not chance.

The courts said that while some skill may be involved in DFS, there are too many factors left to chance.

The state attorney general’s office has decided if it will take an appeal to the Court of Appeals, the highest court in New York,.

The legislation resulted from a lawsuit filed by the New York attorney general against FanDuel and DraftKings; that suit also declared daily fantasy sports as a form of gambling. According to the New York Times, the bill, known as the Racing, Pari-Mutuel Wagering and Breeding Law, also featured tax regulations, consumer safeguards and other details.

The law brought both DFS giants back to the state, only to have the court take another swipe at the sporting games. FanDuel said in a statement, “We expect that there will be an appeal, and we’ll be able to continue to offer contests while that appeal is decided.”

According to Lexology, while the court accepts that fantasy sports involve some level of skill, it also ruled there’s a material degree of chance, as participants cannot influence how athletes perform on the field.

Judge Stan L. Pritzker dissented. While agreeing with the concept that the legislature’s power to declare what is or isn’t gambling isn’t unlimited, he said the court should stay out of this issue, as “the record demonstrates with vigor that the lawmakers, without caprice, acted rationally, carefully and with measured consideration.”

Pritzker added that the plaintiffs “assert their own opinions as facts, but at the same time, brand opposing opinions as fiction.”

“We’re very gratified by the decision,” plaintiff attorney Neil Murray told the Associated Press. We think the integrity of the New York state constitution has been upheld.”

The lawsuit was coordinated by the group Stop Predatory Gambling. Les Bernal, its national director, said, “The reason New York state has a constitutional prohibition on commercialized gambling promoted by the state is because it’s a form of consumer financial fraud.”

“New York has a very broad definition of gambling, and that’s part of the problem. Most would think that if something is more a game of skill than chance, that’s not gambling. (New York) sees it instead as if a significant level of chance could be gambling. This is a unique New York problem that has reared its head,” Conrad said.

According to NJ Online Gambling, Cory Fox, counsel for policy and government affairs for FanDuel, said the courts have decided that previous definitions of gambling by the legislature should be followed.

“But the legislature also has said that fantasy sports are not gambling,” Fox said. “So to me, it’s a flawed decision, and I think the attorney general will have some luck with this.”

New York gaming law professor Marc Edelman said it’s not that simple. “The recent ruling is more adverse to the fantasy sports industry,” he said. “It not only overturned the regulations, but at the same time it said that deeming fantasy sports a game of skill was not permissible as well.”

The Fantasy Sports & Gaming Association, an industry group, estimates that 59 million people played fantasy sports in the United States and Canada in 2017, more than double the numbers in 2009. Two out of three were men, their average age was 32, and each user spent an average of $653 annually on the sites.

And DraftKings and FanDuel, which operate in 43 states, including New York, together accounted for almost all the $390 million in revenue generated by DFS in 2019, according to Chris Krafcik, a managing director at Eilers & Krejcik Gaming, a research and consulting firm.