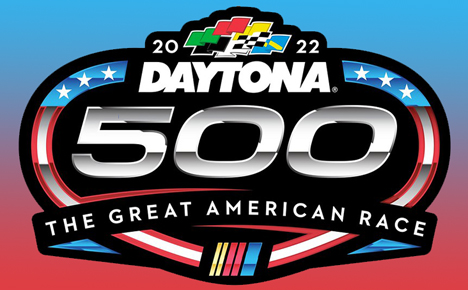 The Great American Race is back as drivers hit the road for the Daytona 500. Two-time winner Denny Hamlin is favored at +800 to win.

The Daytona 500, also known as “The Great American Race,” is the first of 36 races on the 2022 NASCAR season, and can be one of the trickiest to handicap. Longshots like Michael McDowell (2021), Austin Dillon (2018), and Trevor Bayne (2011) have captured Daytona’s checkered flag. 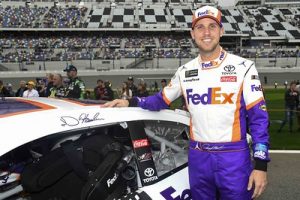 Denny Hamlin, the favorite at +800 at BetMGM, has won the 500-mile, 200-lap event three times, including in two of the last three years. As the third pick at +700 to win the NASCAR Cup Championship, Hamlin told reporters he’s ready for another successful season.

“I love doing what I’m doing because I would argue that I’m as good as I’ve ever been,” he said. “The results are showing that.”

Hamlin finished fifth last year, trying to be the first person to win three consecutive Daytona 500s. Though he didn’t pull off the three-peat, his season was a success. He won twice and had 19 finishes in the Top 5. That got him into the playoffs, where he finished in the Final Four for the third consecutive year.

While Hamlin has never won a Cup Series Championship, the Joe Gibbs Racing driver believes it will happen.

“Absolutely we can win,” he said. “There’s no question. I just need some kind of break to fall our way when it counts. You know, anytime you have one racer take all, you have to have some elements that are out of your control and go your way, and I just haven’t had that moment happen yet.”

Get a Risk-Free Bet on the Daytona 500 at BetMGM. If your bet loses, you’ll get your stake back, up to $25 in Free Bets. Open to new and current customers.

When Joey Logano won the Clash at the Coliseum two weeks ago, it put the Team Penske driver in a position to do what only five others have done: win both the Clash and the Daytona 500 in the same year.

This isn’t Logano’s first chance to pull off the feat. In 2016, he won the Clash, but finished sixth in Daytona. He also won the Daytona in 2015.

Now +1300 at PointsBet, the 31-year-old likes his chances this year. But Logano has already seen his odds drop at other sportsbooks. For instance, he opened at +1500 at Caesars, but has since dropped to +1200.

Earn Rewards Points on every bet with PointsBet! Watch your balance grow with every wager you place, then redeem your Points for Free Bets! The more you bet, the more you earn. 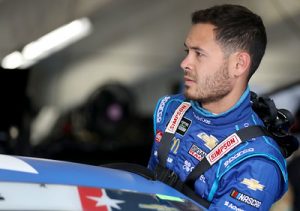 After being suspended from NASCAR in 2020 and fired by Chip Ganassi Racing for using a racial slur, Kyle Larson returned to the sport and hooked on with Hendrick Motorsports.

The 29-year-old put together one of the best years in recent memory, winning 10 races, including five of eight playoff races. He went on to win the NASCAR Cup Series and is the +360 favorite to repeat.

But will Larson be as effective in a new car? The Next Gen cars the drivers will be using make their points-paying debut at Daytona. They seemed to be well-received at the Clash, and Larson told reporters he and his team are ready to compete in the new vehicle.

“I feel like we’re ready to race,” he said. “I was happy with the balance of our race car when we unloaded today. So, yeah, I’m confident we can go out there, race and be competitive right off the bat.”

Last year, Chase Elliott was second at the Daytona 500, his best finish in six appearances. While that would be reason for optimism, it’s his other performances in the Great American Race that should give bettors pause.

Elliott has the third best odds at +1000, but is it worth the money? There are better value bets on the board that gamblers should look at.

Time to Get Revved!

BetRivers.com and PlaySugarHouse.com will be celebrating the final event of Speedweek with awarding a 50% Profit Boost to players logging in to their account between 12am – 5pm this Sunday!

Commencing on February 20, 2022, from 12:00am through 5:00pm, you’ll receive a single-use 50% Profit Boost to use on any Daytona 500 offering with odds of -200 or longer upon logging in to your active account. Maximum bet of $25. Maximum additional winnings of $250. Offer is redeemable only one time during the promotional period. Profit Boost must be used within 24 hours of issuance, or it will expire.

How to Watch the Race

Get in the race at Caesars Sportsbook. New mobile users, if you bet exactly $20 on the Daytona 500 or any event, you’ll get $300 in Free Bets to use toward future wagers—win or lose.