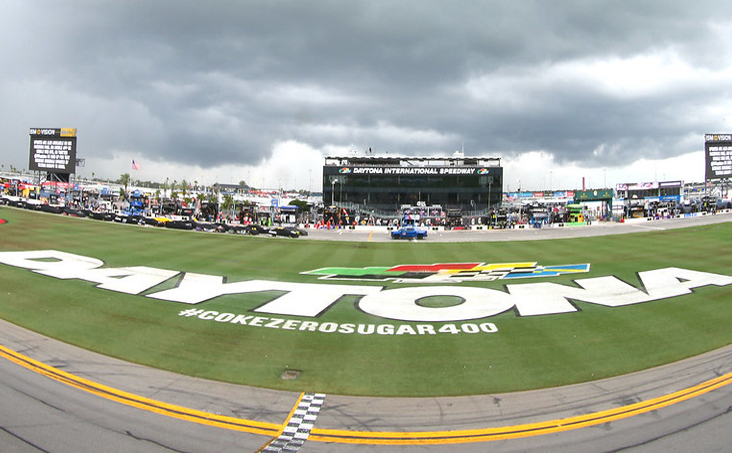 After nearly three months off, NASCAR kicks off the 2021 Cup season at the Daytona 500. Denny Hamlin is favored to win the Great American Race.

After nearly three months off, NASCAR kicks off the 2021 Cup season on Sunday, February 14 at the Daytona 500. The Great American Race, also known as the Super Bowl of Stock Car Racing, is a 500-mile contest held at Daytona International Speedway in Daytona Beach, Florida. Read on as iGaming Player breaks down the Daytona 500 odds. For more background on the NASCAR season, click here.

Earn 40% more on parlays at BetMGM.com. Just opt in and place a 4- to 7-leg parlay on any combination of sporting events. 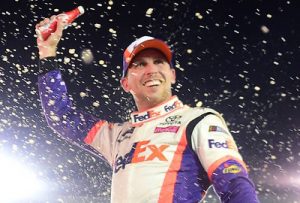 Denny Hamlin of Joe Gibbs Racing has won the Daytona 500 three times, including in 2019 and 2021. At 8/1—the only driver with single-digit odds—he’s the favorite to win again this year. Chase Elliott, Joey Logano and Ryan Blaney are right behind, at 10/1.

If Hamlin is victorious, he’ll be the first driver in the 62-year history of the iconic race to win three times. He recently told reporters the possibility isn’t lost on him.

“This is a big opportunity for us, my team and myself personally,” he said. “I never would’ve imagined that we’d be in this position by any means, especially five years ago. I always think about all the ones that slipped away, that I had in control and didn’t make the right decision at the end to finish it off. It would be by far the biggest victory of my career, and one that I probably wouldn’t exchange for anything.”

Can Kyle Busch Bounce Back at Daytona? 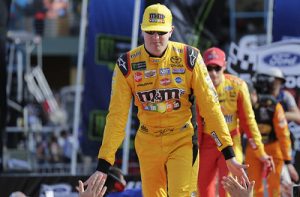 Last year is the season Kyle Busch would rather forget. The 2019 Cup Champion failed to reach the field of eight in the 2020 playoffs, and went all the way until the third to the final race to get a victory.

Oddsmakers are taking a more cautious approach to Busch’s season. Where he was the favorite to repeat as NASCAR Cup Champion last year, this season he’s at 7/1, behind Hamlin at 13/2 and Chase Elliott and Kevin Harvick, both at 11/2.

Get a $500 risk-free bet at WilliamHill.com. Register a new account. If you lose your first bet, earn a Free Bet in equal value up to $500!

Will Keselowski Break the Daytona Curse? 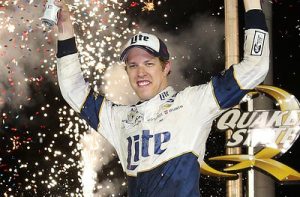 The best active driver never to win Daytona has to be Brad Keselowski. The Ford driver’s luck at this race has been downright awful.

Keselowski has crashed in three of the last four races. He told reporters it’s been an exasperating experience, to have this coveted race just out of reach.

“My frustration level is pretty extreme, to be quite honest with you,” Keselowski said. “I feel like I’ve made some mistakes in that race, no doubt. But the last few years specifically, I’ve run really, really strong races and just didn’t have the ability to dictate my own fate. I think that’s what you want.”

What’s even more unnerving for Keselowski is that he’s finished well in the July race at Daytona. He had a 10th place finish last year, and won the race in 2016. 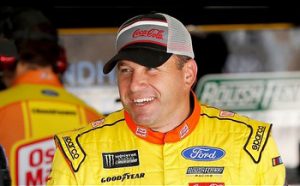 Last year’s race was marred by a spectacularly scary crash involving Ryan Newman that sent his No. 6 Ford skidding on its roof. Newman suffered a brain bruise and lost consciousness in the accident, but was released from the hospital just two days later. He returned to racing exactly three months after that, and finished 15th at the Darlington 400.

While most athletes would have reservations about returning to the site of a life-threatening accident, Newman told reporters he’s invested enough time learning about what happened.

“I’ve watched every angle that I could possibly watch. The biggest problem is I don’t have any memory of my own angle, which is the ultimate angle,” Newman said. “And that’s gone, and that’ll always be gone, and no matter how many times I watch a replay or a different variation of that memory, it doesn’t change my personal memory. Because it just doesn’t exist.”

Newman says he has “zero hesitation” about racing in Daytona Sunday.

Check out the current odds from BetMGM.com.

At WilliamHill.com, Hamlin opened at +800 and has stayed at that number since. Hamlin will be looking to tie Cale Yarborough for the second-most victories in this event on Sunday. Richard Petty holds the all-time Daytona 500 record with seven first-place finishes.

Elliott has the second-lowest odds at +900, as his price slightly shifted from when it was first released at 10/1. Logano, the 2015 Daytona winner, s currently listed at 10/1.

Blaney and Keselowski are next at 11/1 apiece, with Harvick, Byron and Larson all close behind at 12/1. Larson has seen a big jump from his opening number, going from 20/1 to 12/1. Then Busch and Almirola are each at 15/1, followed by Bowman and Truex who are both at 17/1.

“Daytona 500 is our biggest handle for any NASCAR race by far,” said Nick Bogdanovich, director of trading for William Hill US. “Looks like Larson has the most tickets right now, then Elliott. Dollar-wise, Truex has the most and then Hamlin.”

In an extra treat for race fans, the checkered start/finish line at Daytona will be festooned with tweets for the race. This year, the tradition of attendees signing their names on the line was cancelled due to Covid-19, so NASCAR asked fans to tweet messages to their favorite drivers using the hashtag #Daytona55. It will paint 85 of those tweets onto the track on Saturday night.