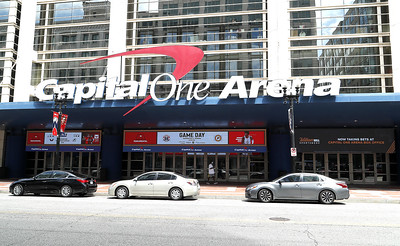 The Capital One Arena sportsbook outpaced the mobile GambetDC in handle and revenue during August, the arena’s first month of operations. That bettors preferred to go to the arena over the convenience of playing online speaks to the higher cost of business online.

Results in New Jersey and elsewhere indicate that mobile sports betting rakes in far more money than retail operations, thanks to the convenience factor. Indeed, the percentage of mobile revenue accounts for 85 percent to 90 percent of the total in many cases.

That situation is not happening in Washington, based on August results. Bettors in the District of Columbia have two options. Place wagers online via GambetDC or trek over to Capital One Arena. Patrons prefer Cap One’s sportsbook, operated by William Hill U.S.

In August, GambetDC attracted a handle of $2.1 million with revenue of $278,141. Results should have exceeded a typical August, when the NBA and NHL seasons were not playing. GambetDC, operated by Intralot, brought in $3.1 million in bets since the platform launched May 28. Blame poorly priced lines for the less than stellar results. Those odds produced a 14.7 percent hold since launch with $457,166 in revenue.