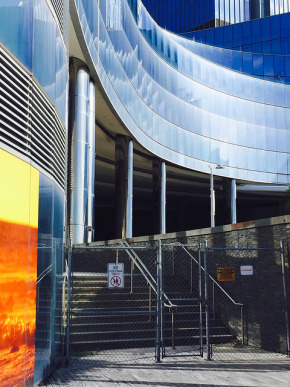 The saga of Atlantic City’s failed Revel casino continues to spin out of control. As GGB News reported in August, a deal had been struck to sell the casino to a private investment firm. Last week that firm was identified, New York’s Keating & Associates, as well as an updated price tag of $225 million. The original offer was reportedly $220 million.

But that is apparently not good enough for mercurial owner Glenn Straub, who has sued the state for not allowing a casino to open there, insisting that he doesn’t need a casino operators license because he’s just leasing the casino space, not running it himself. All other owners of casino buildings or leased land in Atlantic City have been required to be licensed, and the regulations clearly state that requirement.

Straub, who bought Revel for $82 million in 2015, has repeatedly said it would reopen even as a non-casino hotel, but all his deadlines have passed without success. Now, he’s even denying that an offer was made even though Keating has issued a statement that contends not only has it been made but has been accepted.

“We feel that the Revel is a magnificent property that was never positioned the way that it should have been within the marketplace,” said Jeffery Keating, co-chairman of Keating and Associates, in a statement reported by the Atlantic City Press. “We see it as a brand with global potential and Atlantic City to be an incredible launching point.”

Straub “angrily” denied any offer has been made, according to the newspaper.

“I haven’t heard of any offer,” Straub said Thursday. “It’s costing me a $1 million a month to keep this place.”

Keating & Associates has a history of investing in Atlantic City, as well as other hospitality ventures, and sees tremendous value in Revel.

“Our plan is to develop one of the world’s top experiential destinations and to allow someone to truly Revel in their experience; to enjoy life with passion and exuberance,” Keating said. “We are excited for the coming future and the partners, brands and opportunities we will bring to this property and Atlantic City as a whole.”

Sources tell GGB News that former Sands Bethlehem President Mark Juliano has been hired by Keating to run the property and has been seen frequently at Revel towards the end of the summer. Other activity indicates that preparations are being made for some kind of opening. Juliano has vast experience in Atlantic City and has led Caesars Atlantic City and Trump Entertainment in the past.