HomeThe ShuffleDear Santa Anita, Solve Your Horse Problem Now, Before the State Does It for You

Dear Santa Anita, Solve Your Horse Problem Now, Before the State Does It for You 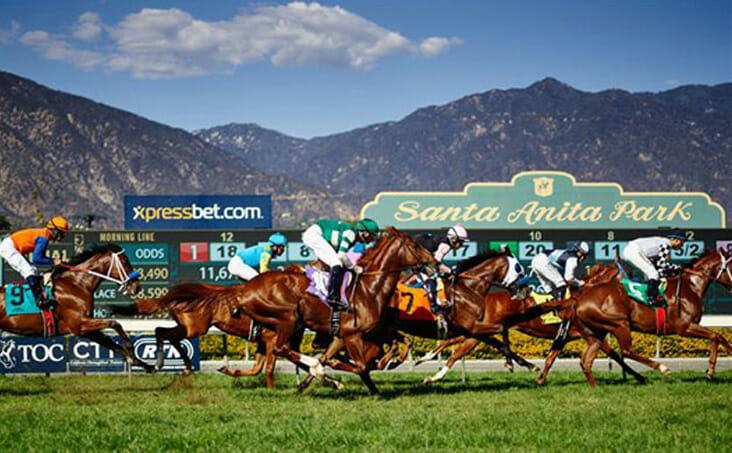 Twenty-nine horses have died at Santa Anita Racetrack since December 2018. It’s time to look at everything—weather conditions, track cushioning, and the use of equine drugs—to stop these senseless tragedies.

No easy answers. No bad questions.

That’s my overview of the Santa Anita race track dilemma, gaining headlines this week as the famous California establishment concludes its season June 23. The death of 29 horses since December has properly raised the issue of equine safety. Critics have asked that the season be halted, a request Santa Anita denied.

Fast-tracked legislation is bringing the issue to the political realm. A state law that’s close to passage would give the California Horse Racing Board the right to close the track for emergency purposes. Santa Anita should fix the situation on its own now, before the decision is made somewhere else.

No Quick (or Single) Fix

The problem is identifying the solution (or solutions). Common-sense safeguards are already in place, with tracks taking some races off the turf in the event of rain; jockeys cancelling cards because of bitter cold and deteriorating conditions; and over the last handful of years, tracks cancelling cards in advance when they anticipate unfavorable conditions.

The next level of common sense may mean banning medications like Lasix, a drug that enhances breathing and may prompt a horse to run beyond his capabilities. Owners could also consider installing all-synthetic tracks, if it would enable the cushion beneath the race surface to remain strong.

It’s important to note that these fatalities did not unfold across the country. They happened at one track, which lends credence to the rain argument. In January and February, southern California got a ton of rain. It affected the multi-layered dirt track at Santa Anita and posed a potential risk to the horses, who need those layers to be just right in order to protect their legs. The torrent of rain impacted the cushion.

This development was unprecedented, and a repeat of the pattern might mean automatic closure of the track next year unless the problem is addressed and remedied right now.

There’s a human side to all this. The legion of dedicated Hispanic workers on Santa Anita’s backstretch are scheduled to make their voices heard Thursday to counter media attacks regarding Santa Anita. The track is their lifeblood, not a vehicle for gambling. What about related businesses and jobs lost in the Los Angeles area, which has nearly 60,000 homeless people now?

And for the animals? There is joy in running.

The industry is clearly paranoid. In the aftermath of these deaths and the disqualification of Maximum Security from the Kentucky Derby, there’s been a rash of disqualifications and steward inquiries after races across the country. People are making decisions that cover their backsides. Now they need to move forward.

Input is needed from many corridors. Among all the voices, there’s a fix somewhere.

The $500,000 Ohio Derby at Thistledown in North Randall, Ohio highlights the race weekend of June 22. Monmouth and Santa Anita have some nice big races too.

The industry is shifting toward weekend racing at the expense of midweek cards, but you can cash in with a narrow focus and a big bet at the right time.

Major races we’ll be tracking in July include the Haskell Invitational Stakes, July 20 at Monmouth Park, and a new-look schedule at Saratoga. The track will open early, July 11, to accommodate a construction schedule at Belmont Park, and run through September 2. It will have two dark days, Monday and Tuesday, rather than just one.