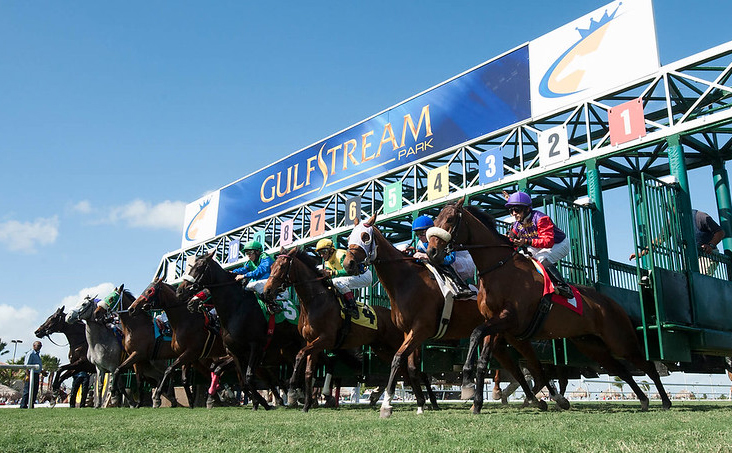 For the record, there are three Kentucky Derby prep races this Saturday. But for horses to truly watch, there’s really one: the Florida Derby.

For the record, there are three Kentucky Derby prep races this Saturday. But for horses to truly watch, there’s really only one: the Florida Derby (G1).

Bringing up the rear in Derby prep races are the Jeff Ruby Steaks (G3) from Turfway Park and the UAE Derby (G2) from the Meydan Racecourse in Dubai.

All three races offer 100-40-20-10 Derby qualifying points to the Top 4 finishers, enough to get the winner and most likely the runner-up spots in the Churchill Downs starting gate. 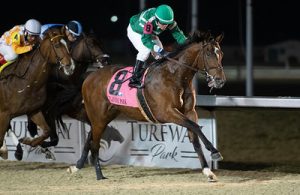 First, let’s dispose of the undercard races. The 1 1/8-mile Jeff Ruby is held on Turfway Park’s synthetic Tapeta track, which is far more conducive to turf horses than 3-year-olds tracking a Triple Crown. This explains why this Derby trail offramp produced exactly one Kentucky Derby champion this century: Animal Kingdom. The 2011 Derby champion captured both the Jeff Ruby and the Derby that year.

Otherwise, the only horse of note since Turfway installed the synthetic track in 2005 is Hard Spun. He won the 2007 Jeff Ruby, then finished second to Street Sense in that year’s Derby. Looking at this year’s field, there isn’t an Animal Kingdom or Hard Spun to be found.

Then there’s Gretzky the Great, who won his first three races before finishing sixth in the Breeders’ Cup Juvenile Turf and third in the John Battaglia Memorial, the Turfway Park prep for this race. Hush of a Storm won the Battaglia. He comes in looking for his fourth consecutive victory in this weak field.

Rounding out the field, there’s Tarantino, who finished second in the Holy Bull (G3) and came in a well-beaten fourth in the Fountain of Youth (G2) at Gulfstream last month. That marked the only time he finished worse than second in five career races.

As for the 1 3/16-mile UAE Derby, televised on FS1 and FS2 starting at 8:15 a.m. ET, it’s on the Dubai World Cup undercard and hasn’t had an alum finish better than fifth in the Derby. That was 2011 UAE Derby runner-up Master of Hounds. Plus Que Parfait, who won the UAE Derby two years ago, finished sixth in the Derby and eighth in the Belmont. Mendelssohn, the 2018 winner, was a trendy pick to win or hit the board in that year’s Derby. He finished dead last—20th.

This year, keep an eye on Doug O’Neill’s Ambivalent, who gets ace rider Luis Saez in the irons.

OK, we’ve disposed of the JV. Now on to the main event.

There’s a reason why serious Derby watchers watch the Florida Derby. Actually, there are 20 reasons: the number of race alums who went on to win Triple Crown races. Two of the last five Florida Derby winners won the Derby: Nyquist (2016) and Always Dreaming (2017). A third, Maximum Security, crossed the wire first, but was disqualified for interference in the 2019 Derby.

Seven Florida Derby winners in this century won the Derby—nearly half of the 15 alums who wore roses the first Saturday in May. That barely scratches the surface of this prestigious race when it comes to sending standouts: Nashua, Tim Tam, Northern Dancer, Spectacular Bid, Swale, Unbridled, Thunder Gulch and Barbaro in the Derby.

Chops? The Florida Derby’s got them. 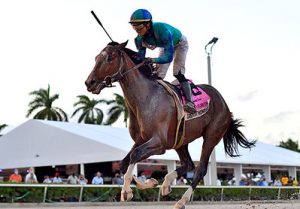 Sizing Up the Florida Derby Favorite

And so does this year’s favorite to join that glittery list: Greatest Honour. He’s running to be the first horse to win the Gulfstream Park Derby Prep Trifecta, having claimed the Holy Bull (G3) and Fountain of Youth (G2) earlier this winter. Even though Greatest Honour’s closing flourishes went on display in both, you couldn’t pick two different races to watch.

In the Holy Bull, Greatest Honour swept into command coming out of the far turn, using his four-wide rally as a slingshot that propelled him to a 5 ¾-length victory. The Fountain of Youth came with late dramatics. Seemingly lacking urgency, Greatest Honour was 8 ½ lengths back with five-sixteenths of a mile to go. This time, he came five-wide at the five-sixteenths pole, found an outside opening and surged past leader Drain the Clock for a 1 ½-length win.

“In the Holy Bull, everything went right, and in the Fountain of Youth, everything went wrong,” Hall of Fame trainer Shug McGaughey said. “I thought it was a good learning experience for him and he was still able to win. … A mile and an eighth should suit him a lot better than this mile and a sixteenth with a short pole. … Distance is gonna be his friend.”

Already, Greatest Honour is a friend of many Derby futures bettors. He’s 5-1 on Circa Sports’ Derby Futures Board, 8-1 at William Hill. He opened as the 4-1 second favorite on the Kentucky Derby Future Wager Pool 5, which opens for business Friday afternoon.

With Hot Rod Charlie shipping in to Louisiana and stealing the Louisiana Derby from locals Mandaloun, Proxy and Midnight Bourbon, and with Concert Tour doing the same in the Rebel Stakes at Oaklawn the weekend before, West Coast horses have distinguished themselves on the Derby trail.

It’s a prep-packed weekend, so get ready now. You’ll earn a $200 cash bonus when you sign up as a new player at TwinSpires.com! 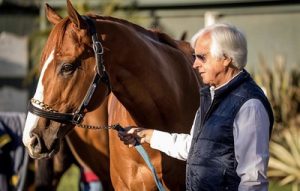 So who’s the carpetbagger this week? Enter Spielberg. This marks the first time Hall of Fame trainer Bob Baffert has entered a horse in the Florida Derby. Normally, if he ships his horses outside his Southern California base, Baffert sends them to Oaklawn Park. Spielberg has only started 21 times at Gulfstream, but does have four wins, four seconds and two thirds.

But when you have Concert Tour, Medina Spirit, Hozier and yes, Spielberg, it’s like fitting Tetris pieces together. And Spielberg, who makes his ninth start looking for his third victory, filled his carpetbagging role rather nicely last time out. He finished second to Champion 2-Year-Old Essential Quality in the Southwest Stakes (G3) at Oaklawn February 27.

“I have all these horses and I’m going to separate them out,” Baffert said. “(Spielberg) ran well at Arkansas. Broke horribly, came on and ran second. He wasn’t going to beat the winner. We’ll take him down there, see how he ships down there and see how he stacks up. The California horses, I think, are pretty strong. Maybe I can get lucky if I can win or run second. That would be nice. But it’s a tough task.”

Register a new player account at WilliamHill.com. If you lose your first bet, earn a Free Bet in equal value up to $500!

Two others to watch in a deep Florida Derby field are Known Agenda and Collaborate. The former rolled to an 11-length victory in a Gulfstream Park allowance optional claimer in late February. That race drew as much attention for jockeys Irad Ortiz Jr. and Paco Lopez brawling after the race as it did for Known Agenda’s dominance.

As for Collaborate, who opened at 30-1 on the Kentucky Derby Futures Wager Pool 5, he shot up Derby futures boards for his maiden special weight victory the day after Known Agenda’s win. He’s currently 22-1 at Circa, 30-1 at William Hill. There’s an exceptional field for Saturday’s Derby Preps, which start and finish in Florida. The Road to the Kentucky Derby normally consists of 35 races. In the Florida Derby, the points are awarded on a scale of 100-40-20-10.

Kentucky Derby preps are in the homestretch. Get winning insights every week until May at iGamingPlayer.