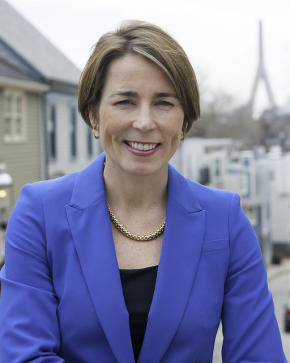 Wins and losses for the big daily fantasy sports companies.

A New York judge has denied the state’s bid to dismiss a lawsuit challenging the legality of daily fantasy sports.

The ruling by Judge Gerald Connolly means the two sides will have to argue their respective cases―on the state’s side whether the Legislature was within its rights in 2016 when it exempted DFS from the New York Constitution’s ban on “gambling”; or whether an anti-gambling group is right in challenging the exemption as blatantly unconstitutional.

The sticking point is that the Constitution does not define what “gambling” is, leaving that interpretation to the Legislature, or so the state’s argument goes, and lawmakers ran with that in deciding that paid-entry DFS is not gambling but a game of skill. But was the Legislature empowered to make that determination?

“Such presumption alone does not itself bar plaintiffs’ action,” he wrote in rejecting the state’s motion to dismiss, “and while plaintiffs ultimately bear the burden of proof in this action, the court’s analysis upon the instant motion is limited.”

The defense is a strange one for state Attorney General Eric Schneiderman, who rose to prominence on the issue by pursuing DraftKings and FanDuel as illegal gambling businesses. Or so the state interpreted the constitutional ban at the time. That was before lawmakers acted to license and regulate DFS, forcing Schneiderman to reverse course and argue in support of their authority to do so.

In a brief filed in January he argued that “Consistent with that authority, the legislature has resolved the legal status of specific internet games known as interactive fantasy sports and declared that such contests properly fall outside the definition of gambling in New York as defined in the Penal Law.”

But whatever happens in Connolly’s courtroom, the issues will likely be appealed, if necessary to the state’s highest court, the Court of Appeals, a lengthy process that probably ensures business as usual for DFS in New York for the foreseeable future.

In Massachusetts, DraftKings, FanDuel, the two largest providers of daily fantasy sports (DFS) games, last week reached a $2.6 million settlement with the state over what the state insisted was their “deceptive and unfair” consumer practices prior to 2016 within the Bay State.

That is the year the state implemented regulations that included DFS. Currently the state’s lawmakers are considering whether to include DFS within an omnibus bill that would include all gaming activities not covered by casino law or the lottery.

The companies’ business model was investigated by the State Attorney General’s office since 2015 and concluded that they lacked consumer protections. Both companies cooperated with the investigations and agreed to pay the settlement.

State Attorney General Maura Healey’s office announced the settlement and credited the companies with agreeing to it. The companies say that all of their operations now comply with state gambling laws, although the companies insist their games are not a form of gambling.

Nevertheless, the DFS providers now do not allow minors to play, to allow no games based on college sports and to put some limits on DFS advertising.

The two companies had planned to merge, but under pressure from U.S. antitrust authorities, including the Federal Trade Commission, they abandoned that idea. If the merger had gone through, the new company would have controlled about 95 percent of the DFS market.

In her press release Healey wrote: “I am glad to have reached these settlements to address various consumer issues that existed at the early stages of this new industry,” Massachusetts Attorney General Maura Healey said in news release. “We have since implemented a set of comprehensive regulations that provide consumers with broad-ranging protections and that have served as a model for many other states.”

In its statement FanDuel said, “We have worked closely with the Massachusetts Attorney General’s Office in their review of fantasy sports, including their issuance of the first set of consumer protection regulations for our industry, which we were pleased to comply with since their inception in 2016.”

DraftKings added, “Over the last two years, the attorney general’s office has done an excellent job of working to fully understand DraftKings, our business and the fantasy sports industry,” and “That expertise informed the Massachusetts regulations which have now become the national model for common sense, consumer-focused fantasy sports regulations.”