HomeThe ShuffleDFS On The Table in Many States

DFS On The Table in Many States 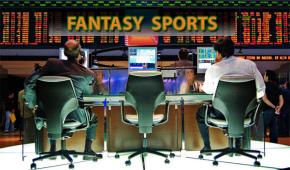 This year, some state legislatures that have banned DFS are working to legalize it. Others are attempting to clarify DFS contests in the context of existing gambling legislation. Some states are skipping DFS conversations for now, and others have reintroduced, or introduced new, bills.

Other states also have been grappling with DFS legislation this year. In New Jersey, a DFS bill has received strong support in the general assembly. If the state Senate approves it, Governor Chris Christie would be very likely to sign it. Operators in the state should expect some kind of licensure requirement plus several consumer protections that they must include.

In Alabama, the state Senate declined to vote on a bill that would have legalized DFS contests. H354 had passed through a House committee but the Senate took no action, essentially killing the bill as the session concluded. So at least for now DFS sites will continue their policies of not accepting wagers from Alabama residents.

In Mississippi in 2016 lawmakers legalized DFS contests but they were not regulated. The House at first failed to approve House Bill 967 but then reversed its own decision, approved it moved it to the Senate where it was passed. The measure would tax DFS operators’ revenue at 8 percent, and the state gaming commission would regulate the contests. This past March, Governor Phil Bryant signed the law and it took effect.

In Texas, state Rep. Richard Peña Raymond had proposed a bill designating DFS as legal, skill-based games, contradicting an opinion released last year by state Attorney General Ken Paxton, declaring DFS illegal gambling. Raymond’s bill did not gain traction, but he had the House instruct a conference committee considering Senate Bill 2065 to include language from it, but that proposal was rejected. The Texas legislature only meets every two years, so DFS legislation will not be reconsidered until 2019.

In Ohio, legislation proposing to legalize and regulate DFS is under review by a House committee. The bill also details the licensing process for operators.

And in Vermont, S.136 would regulate DFS and provide a legal framework for operations. So far, Governor Phil Scott has not said if he would sign the legislation or not.

In another DFS matter, Global Daily Fantasy Sports has purchased the intellectual property and client contracts of Italian fantasy sports operator Mondogoal. A price was not disclosed.

Under the terms of the acquisition GDFSI will make cash plus shares payment, subject to shares having a value equal to net gaming revenues from the purchased assets over the next three years according to gamblinginsider.com.

The deal also includes a two-year extension of Mondogoal’s partnership with betting operators Lottomatica Scommesse and Sisal SPA in Italy.

In a statement confirming the deal, GDFSI CEO Darcy Krogh said “The acquisition of the Mondogoal operating assets and new agreements with Lottomatica and Sisal position us well to grow our business in one of our key European markets,” said GDFSI CEO Darcy Krogh in a press statement. “Italy is one of the largest online gaming markets in Europe and one of the first to establish itself in the daily fantasy space. This is a strategic investment for Global and we look forward to working with Lottomatica and Sisal to build out a strong network in Italy with our innovative platform.”