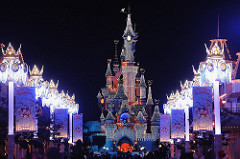 In September, Disney Worldwide Services, a subsidiary of the Walt Disney Company, made three donations totaling $575,000 to the political committee Voters In Charge, which is leading a petition drive for a the Voter Control of Gambling Amendment that would give Florida voters—not legislators–the “exclusive right to decide whether to authorize casino gambling” in the state.

The primary contributor to the campaign, Disney has given $2.325 million as of September 30, according to the committee’s recent finance report.

Voters In Charge had submitted 285,526 valid petition signatures as of last week, according to the Florida Division of Elections website. To be on the November 2018 ballot, 766,200 signatures are required. “We are on track to accomplish our goal. We look forward to being on the 2018 ballot, mounting an aggressive statewide campaign,” said Voters In Charge Chairman John Sowinski.

Voters In Charge said although the state constitution prohibits all gambling “other than parimutuel pools,” legislators over the years, working with the Seminole Tribe of Florida, have steadily gained power on casino expansion issues, leaving voters out. The committee said politicians believe they “can bypass the constitutional prohibition and legalize casino gambling.”

Disney has worked to stop gambling expansion in Florida for years. Officials said much of the state, especially the Orlando area where Walt Disney World is located, is a family friendly tourism destination that would be negatively impacted by casino gambling.