Dixon the Favorite to Win Indy 500 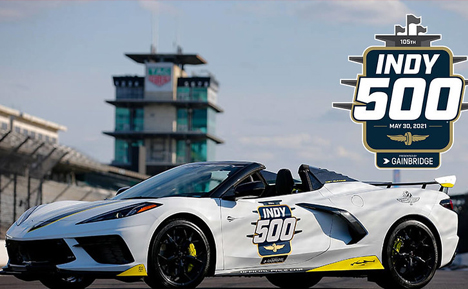 Scott Dixon came in second in the 2020 Indianapolis 500, but 2021 might just be his year. At 40 years old, the racing veteran will go up against drivers half his age, and sportsbooks say the odds are with him.

At last year’s Indy 500, as drivers struggled to find their mojo without fans, Scott Dixon led the race for 111 laps before losing steam. Nearing the finish, the New Zealander was overtaken by Japan’s Takuma Sato, who went on to bag his second win at Indianapolis Motor Speedway.

Even in victory, Sato acknowledged it had been tricky to fend off his rival. “Scott was coming right through out of turn four,” he said. “He was screaming coming, and I just held on.”

And so the Chip Ganassi driver was a bridesmaid again in 2020—his third time as a runner-up at Indy. But 2021 just might be his year. At 40 years old, Dixon will be the gray eminence of the 105th running, second only to 46-year-old Tony Kanaan.

Watching the Coca-Cola 600? Get Top 3 Driver Insurance at BetMGM.com. You’ll get your wager returned up to $25 if the losing driver you bet on makes the Top 3.

Driver For A Generation 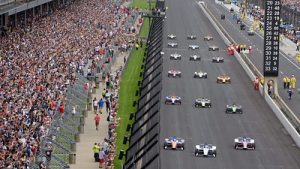 As John Reger notes in his column, 5 Bets to Make This Week, Dixon is the best driver of his generation—good enough to win the pole against kids half his age. And good enough by far to take the trophy this Sunday.

According to U.S. News & World Report, the first three rows in this year’s race account for six Indy 500 wins and eight series championships among four drivers—proof that experience matters. So a win this year would let Dixon “slam the brakes on the youth movement.”

Not the Diaper Derby

Then, right behind Herta was Rinus VeeKay of the Netherlands at 231.511 mph for the final spot on the front row. At a whippersnapping 20 years old, the Ed Carpenter driver is the youngest-ever front-row starter. As Kanaan observed of VeeKay, “It’s very weird that the guy starting ahead of me was wearing diapers when I started my first Indy 500.”

Clearly, these upstarts are out to unseat the veterans. For instance, as Herta proclaims in a statement on his website, “I’m excited to be back driving the Gainbridge-backed No. 26 car. … I’m anxious to continue my chase for the championship.”

When it comes to VeeKay, after qualifying he said, “These four laps were the best I’ve ever driven. I’m extremely happy to have hauled the No. 21 Bitcoin Chevrolet onto the front row of the grid. … Now, of course, I want to go for the milk, and the Borg Warner Trophy!”

Adding extra excitement, the roar of the crowd will cheer drivers through the 500-mile, 200-lap marathon; this year, the 33-car field will compete in front of more than 135,000 fans in the 230,000-seat stands. In conclusion, we’re looking at a tense, boys-to-men battle. This time, may the greatest generation win.

Bet $50, Get $50 at BetAmerica.com. Sign up to wager on sports, and your first bet will be matched 100%, dollar for dollar. Twice the fun, twice the chance to win!

What: The 105th running of the Indianapolis 500
When: Sunday, May 30
Where: Indianapolis Motor Speedway
Watch: The prerace show begins at 9 a.m. ET on NBC Sports, with the race to follow from 11 a.m. to 4 p.m. on Sirius XM and IndyCar Radio. The post-race show will be broadcast on NBC Sports from 4 p.m. to 5 p.m.