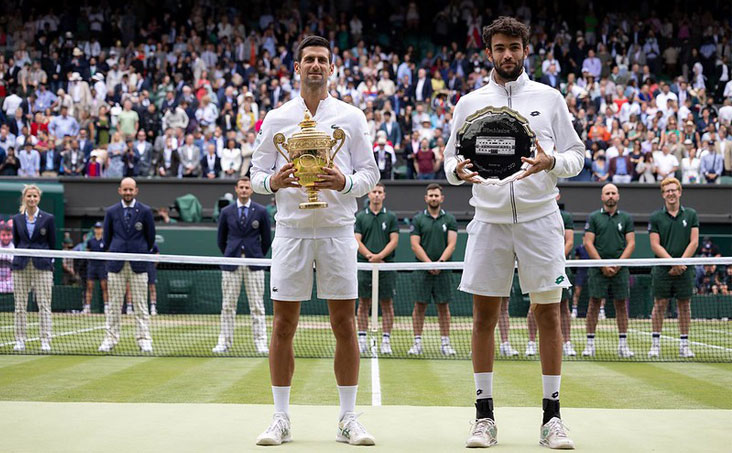 Wimbledon, the most prestigious tennis tournament on the calendar, is right around the corner. We break down the odds for the top three women and men with the best chance of taking home the trophy this year.

There are some very interesting storylines ahead of this year’s Wimbledon tournament that will have a great influence on the action. The favorite to win the men’s division is Novak Djokovic at -120 at Caesars Sportsbook. Iga Swiatek is favored to win the women’s division at +150.

Serena Williams will be returning for her first action since retiring from her first-round match in last year’s Wimbledon tournament. Williams, who is +1600 to win at Caesars Sportsbook, will be an unranked wild-card entry and could be matched up against anyone.

As for the men’s side, top ranked Daniil Medvedev is ineligible due to the All England Club’s decision to exclude any Russian players from the tournament as a result of the attacks in Ukraine. Second-seeded Alexander Zverev will also be missing because of an ankle injury.

With all of this drama already starting to take shape, how will this year’s tournament go down? Here are a few women’s and men’s candidates to lift the trophy this year. Also click HERE to see what our 5 Bets writer, John Reger thinks will win

Claim your Risk-Free $750 Signup Offer when you join Tipico Sportbook. If your bet loses, you’ll get a site credit for the same amount.

Simona Halep won this very event back in 2019, beating seven-time champ Serena Williams in straight sets (6-2, 6-2). She is no stranger to the grass court and clearly has had recent success at this tournament. Wimbledon sees a lot of repeat champions, as familiarity and comfortability play a large role on the grass.

Halep has looked good this season after surrendering her world No. 1 ranking a couple of years ago and going through a shoulder injury. Expect her to go deep in this year’s tournament and start building her case to regain the top world ranking. 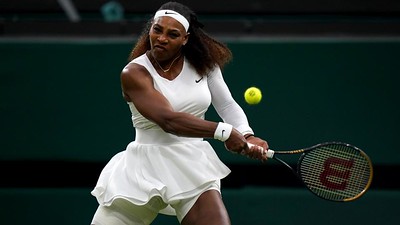 The seven-time Wimbledon champion is returning after missing a year of competitive tennis. As a result, her odds are about as long as you’ll ever see them.

Williams has dominated this tournament for over a decade and is due for another win after a few years without one. Her biggest challenge will be her wildcard status, as she could be matched up against anyone in the first round and throughout the rest of the tournament.

There is no room to doubt the greatest women’s tennis player of all time. Take the +1600 odds and run with them. She might just pull a 2019 Tiger Woods Masters type of run here.

Karolina Plíšková came so close to winning at Wimbledon a year ago, falling to Ashleigh Barty in a decisive third set. She has undoubtedly had this tournament circled on her calendar ever since, with the hopes of finally getting over the hump.

Plíšková has been in the mix in multiple Grand Slam tournaments, reaching the semifinals in the Australian and French Opens and the finals in Wimbledon and the U.S. Open all since 2016. This could finally be her chance to lift a major trophy, and +1800 is great value for how likely that seems. 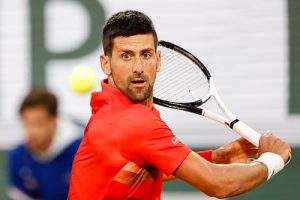 Out of the last ten Wimbledon tournaments, Djokovic has won six times, including the last three, and been the runner up once. After such an absolutely dominant run at this tournament, it is hard to see the Serbian top seed not at least reaching the finals in this year’s event.

The -120 odds reflect how likely this is and while that isn’t great value for your bet slip, it might still be worth taking. Djokovic is a sure thing to make a deep run this year.

Italian Matteo Berrettini took a one set to none lead against Djokovic in last year’s Wimbledon final before dropping the final three and ultimately finishing as the runner up.

With such recent success on the grass, Berrettini figures to again put together a strong run at the trophy and as a result finds himself with the second shortest odds to do so. He has had a strong start to the 2022 season, winning a couple of minor titles, and is as likely as anyone to make a run at Wimbledon. The +550 is generous for the 26-year-old. 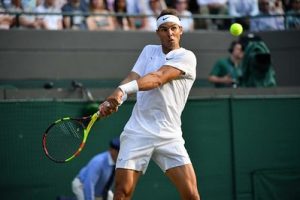 Entering the tournament as the second seed, Rafael Nadal will only see Djokovic if both players advance to the final. Nadal has had great success at Wimbledon, winning the title twice and finishing as runner up three times.

He has a great shot to make a run to the finals again this year and like Berrettini, his +650 odds are a great value. These three men are the strong favorites and it would be a shock to see anyone else come out on top this year.

With Wimbledon still a week away, the drama is already building for what should be a very exciting tournament. This is the event that the players anticipate the most all year long and we should see some great action as a result. Enjoy the tournament and good luck with your bet slips!

Join Unibet Sportsbook today, add funds, and your first cash bet is insured up to $250 back if you don’t hit a winner.

Watch all of the US Open by Signing up today for fuboTV. Watch Live or Stream—sign up here.

Rockin’ Out to Har