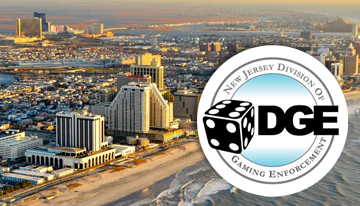 The New Jersey Division of Gaming Enforcement (DGE) has levied a series of fines against a handful of iGaming companies. But to the Coalition to Stop Internet Gambling, it’s a sign of bad things to come. Now the Council on Compulsive Gambling of New Jersey is weighing in.

The Jersey Division of Gaming Enforcement (DGE) levied fines last month against casino companies mobile and brick-and-mortar sportsbooks, drawing a response from an organization opposed to iGaming. Most of the violations were self-reported by the companies involved.

According to the Coalition to Stop Internet Gambling, the slew of sanctions, totaling $150,000, rounds out a rough year for online operators in the iGaming market—a year of damaging software glitches, age- and self-exclusion verification failures, geolocation errors, and illegal bets, according to the coalition.

The fines were handed out to multiple gaming companies for infractions ranging from offering unapproved internet games to losing data. The DGE imposed civil actions against SG Digital, PokerStars, iGaming Cloud, GAN, and William Hill for violations ranging from $1,000 to $100,000.

This batch was not the first, according to the agency, nor will it be the last.

DraftKings reported a software glitch related to its “cool-off status” feature in November 2018 that allowed gamblers who had selected to have their wagering ability limited for a set amount of time to continue betting.

The DGE handed DraftKings a $5,000 fine and had to release the $3,200 won from gamblers, according to an article in Forbes.

The New Jersey Online Gambling Regulations state that “internet and mobile gaming systems shall employ a mechanism that places an internet or mobile gaming account in a suspended mode.”

Mobile betting applications make it easier than ever for participants to lock in their wagers from the comfort of their own homes, but it also allows patrons the ability to make spontaneous, ill-timed decisions brought on by emotional responses. The 72-hour restriction requirement was put in place to allow a sports bettor time to clear his head and regroup before going down one of these holes.

Online gambling technology firm Gaming Innovation Group (GiG) got nailed for $25,000 by regulators for allowing an out-of-state gambler to wager online with a locally licensed operator.

As of May, GiG signed only a single New Jersey online platform client, the Hard Rock Atlantic City casino. Hard Rock’s online casino launched in June 2018, so the geolocation failure in question was relatively recent. The DGE issued similar geolocation penalties against GAN in 2016, PokerStars in 2017 and more recently against the Borgata and Caesars Interactive Entertainment New Jersey.

The DGE levied $10,000 against PokerStars in April for accepting more than 200 bets on prohibited events involving New Jersey college teams.

“We generally don’t comment on regulatory matters like these, but we had a manual gating error from our international games into New Jersey. We cooperated with the DGE as we always do, have learnt from the problem, and are confident it won’t reoccur,” Matt Primeaux, senior vice president for strategy and operations, USA at the Stars Group, told the Press.

State sports betting regulations prohibit wagers on collegiate events involving teams who play in-state or events taking place at venues in the state. New Jersey is the only jurisdiction with legalized sports betting to prohibit such wagers.

According to the Coalition to Stop Internet Gambling, the slew of sanctions rounds out a rough year for online operators in the iGaming market, a year filled with deeply damaging software glitches, age- and self-exclusion verification failures, geolocation errors, and illegal bets.

“The serious trouble that surrounds the state’s online operators wasn’t just envisioned but expected given the frequency with which the industry finds itself under fire the world over,” said a spokesperson for the Coalition to Stop Internet Gambling. “On an exceedingly regular basis in the United Kingdom, for instance—the world’s largest iGaming market—news reports reveal scores of similar problems associated with Britain’s online gambling industry.

The seriousness of the latest infractions in the Garden State grows in the context of the Council on Compulsive Gambling of New Jersey’s fresh warning concerning iGaming. According to a recently issued report—”Sports Betting and the Impact on the Problem Gambler and the Family”—by Executive Director Neva Pryor and Assistant Executive Director Dan Trolaro, “There are so many options to choose from coupled with the ease of access, creating a virtual sports book in the gamblers’ pocket 24 hours a day. For some, this can lead to time away from family, financial devastation of and even suicide.”

Helpline calls where sports’ gambling was the primary issue prior to 2018 legalization ranged from 1 percent to 5 percent per year. Calls received on the 800-GAMBLER helpline since June 2018 where sports gambling was the primary issue jumped to 10.8 percent of all helpline calls for the period ending October 31. In addition, the council’s treatment providers report that more than 50 percent of their practice is geared to people struggling with sports gambling issues.

Particularly jarring is how New Jersey’s iGaming companies continue to mirror the troubling manner in which their scandal-plagued counterparts operate overseas, the coalition spokesperson said. “The misconduct responsible for the latest batch of fines only underscores the need for the Department of Justice’s enforcement of the longstanding federal ban on all forms of Internet gambling.”

But a report from an online gaming industry group says otherwise, thanks to the DGE’s regulatory efforts.

“To date, there has been no measurable evidence of increases in gambling harm, underage gambling, fraud, or money laundering as a result of the legalization of iGaming,” according to the report, from iDEA, an online gaming advocacy group. “The industry has successfully addressed the valid concerns voiced by opponents and skeptics of legal iGaming and proven that geo-fenced interactive wagering can be successfully operated and safely regulated in an intrastate environment.”