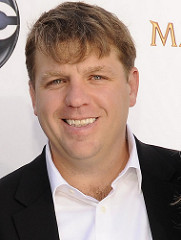 DraftKings did not release the exact amount of the funding raised, but Bloomberg News cited unnamed sources that put the figure for the Series E1 round at over $100 million.

The investment drive was the first for the DFS company since announcing a planned merger with rival DFS giant FanDuel Inc.

“We were looking for a funding partner who could bring additional depth to the table,” DraftKings Chief Executive Officer Jason Robins said in a press statement. “The exceptional team at Eldridge does that through their incredible knowledge and success with media properties.”

Robins said the company has a “deep bench of experts to help fuel DraftKings’ continuing growth as a sports entertainment company.”

DraftKings has now raised more than $830 million since its founding in 2011, according to a Boston Globe analysis of securities filings and media reports.

Other investors in DraftKings include Madison Square Garden Co. and the Kraft Group, which owns the New England Patriots. FanDuel is backed by KKR & Co. and Time Warner Inc., among others, according to Bloomberg’s report.