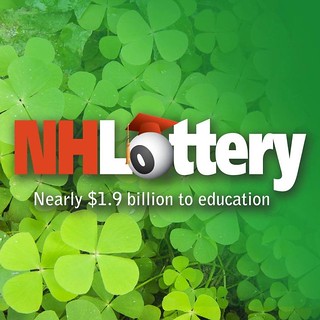 The U.S. Department of Justice has filed its first brief in an appeal of a federal court that rejected its reinterpretation of the Wire Act alleging it applies to online gaming. The suit was filed by the New Hampshire Lottery and won its first challenge in state court.

The U.S. Department of Justice (DOJ) has filed the opening brief in its appeal of a federal court decision that vacated a DOJ opinion that the Wire Act applies to online gaming as well as sports betting.

The DOJ released its opinion in 2018 countering a 2012 DOJ opinion under the Obama administration that the 1962 Wire Act forbade only interstate sports wagers. That decision opened the door to the legalization of online gaming in New Jersey, Delaware, Nevada, Pennsylvania and other states.

The new opinion threw not only the legality of those programs into question; it could also be applied to multi-state lottery programs like Powerball and Mega Millions. Then-Deputy U.S. Attorney General Rod Rosenstein wrote in April that while Justice Department lawyers should use the Wire Act opinion written last year, questions about how it applies to lotteries remain unanswered.

In a 52-page document submitted December 27 to the U.S. First Circuit Court of Appeals, DOJ lawyers argued that the New Hampshire Lottery does not face an immediate threat of prosecution from the November 2018 opinion developed by the department’s Office of Legal Counsel (OLC).

In its appeal, the DOJ said the New Hampshire Lottery and other state-run lotteries do not face an immediate threat of prosecution. However, the brief also states that only a specific portion of the Wire Act, and not the entire law, applies to sports betting.

“The OLC opinion did not address whether the Wire Act applies to State lotteries and their vendors,” wrote Rosenstein, who resigned a month later. “The department is now reviewing that question.”

“Because the sports-gambling modifier appears only within Offense 2, the logical inference is that it applies only to that offense,” the DOJ brief says.

Last week, two organizations filed a joint amicus brief supporting the DOJ’s case. The Coalition to Stop Internet Gambling and the National Association of Convenience Stores claims in its brief that the expansion of online gaming would make it easier for children to gamble.

“Online gaming has devastating effects on the vulnerable individuals whom CSIG strives to protect and on the national network of convenience stores whom NACS represents,” the parties wrote in their brief. “CSIG and NACS therefore have a strong interest in ensuring that the Wire Act be correctly interpreted as prohibiting not only sports-related gaming but non-sports-related gaming as well.”

They also argue that if the Wire Act did not apply to the individual states, that it would exempt them from all other federal gaming and lottery laws, too. That means, they claim, that the New Hampshire Lottery could sell lottery tickets by mail to Alabama residents or offer online slots to Kansans with computer access.

Harry and Meghan and