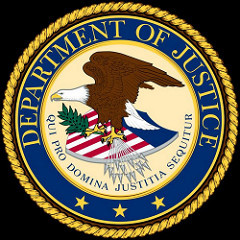 The U.S. Justice Department says state lotteries that offer online sales don’t have to worry that it will prosecute them for violating the Wire Act of 1961. Even so, the DOJ is fighting a court case that seeks to overturn an opinion that says prosecuting such cases is within its power.

The U.S. Justice Department has assured online state lotteries it will not prosecute them for selling tickets online under the Wire Act of 1961, which unambiguously forbade such transactions, but predated the internet by 35 years.

But state lotteries, starting with New Hampshire’s, seem to regard this assurance with the confidence of the frog expecting the scorpion not to sting it on their swim across the river.

The long shadow of Sheldon Adelson—the Las Vegas Sands chief who is adamantly opposed to online gambling—is frequently cited by those who claim a political element to this case, even though he’s not a party to it.

Last week, the DOJ filed a brief with the First Circuit Court of Appeals to try to overturn a lower court ruling that invalidated a November 2018 Office of Legal Counsel opinion on the Wire Act by the department.

Simply put, the department wants to preserve the right to prosecute online lotteries, while maintaining that it will never exercise that right.

State lotteries that sell online have been left alone by the DOJ since the Obama administration, which issued an opinion in 2011 that the Wire Act only applied to sports betting between states but not intrastate.

Clearly sports betting was the target of the law, which states: “Whoever being engaged in the business of betting or wagering knowingly uses a wire communication facility … shall be fined under this title or imprisoned not more than two years, or both.”

In 2018, the DOJ withdrew the 2011 opinion, but under a lawsuit by the New Hampshire Lottery, is asking the court to disregard that reversal, claiming it has no intention to sue any state lotteries.

According to the briefing, “The Deputy Attorney General specifically instructed officials not to attempt enforcement action against state lottery systems until the department can address that question,” and then questioned why the lotteries don’t take the department’s promise at face value, rather than seeking to set aside the department advice.

It concludes, “Plaintiffs’ response briefs fail to support those demands. Plaintiffs have not shown that Wire Act enforcement against them—or any other state lottery—is ‘imminent.’”

The briefings assert that a “credible threat of prosecution” is required before the courts can step in. It notes that the states can’t show they were ever prosecuted in the past or threatened with future enforcement. “Instead, plaintiffs cite only their fear that their conduct could be viewed as unlawful. That is not enough.”

The briefing continues that even if the federal government decides to eventually prosecute under the Wire Act, that it won’t reach back and prosecute for past conduct. “Rather, it would provide a further forbearance to allow them time to ‘conform their operations to federal law.’”

Several states, including Delaware, New Jersey and Pennsylvania have legalized sports betting and other forms of online betting since the 2011 Obama administration guidelines. Others are considering it, though the current legal murkiness may give them pause.

The uncertainty means that states might hesitate to join other states in online poker agreements, such as those that exist between New Jersey, Delaware and Nevada.

Some feel there is a political component to the uncertainty that the Justice Department wants to maintain: that the most vocal opponent of online gaming is Sheldon Adelson, a major donor to the Coalition to Stop Internet Gaming and the Republican party. Adelson has been invoked in a number of filings in the case, including amicus (friend of the court) briefs.

Six of the seven states that sell lottery tickets online, including Michigan and Pennsylvania, expect to give a collective $224 million to a number of state programs during the fiscal year that ends June 30. In Michigan, money goes to public education. Pennsylvania earmarks all proceeds to programs that benefit older residents.