HomeThe ShuffleDon’t Bet on Phil for the U.S. Open

Don’t Bet on Phil for the U.S. Open 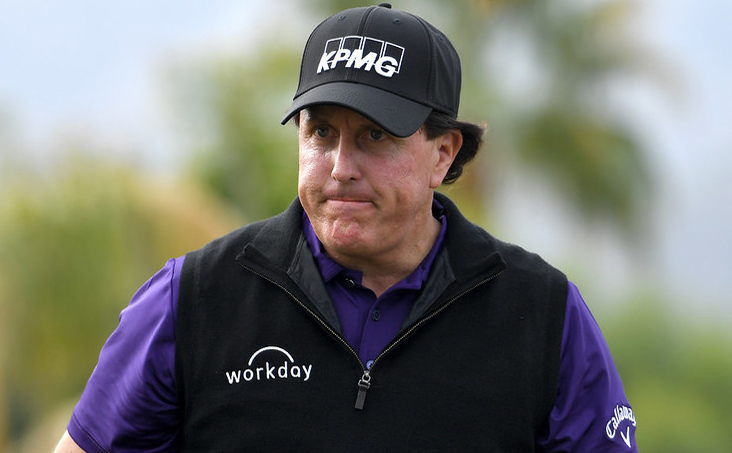 What a great story it would be if Phil Mickelson won the U.S. Open, the only tournament he hasn’t added to his list of major victories. But his recent history shows it just won’t happen.

The last time the U.S. Open was held at the Winged Foot Golf Club in Mamaroneck, New York, in 2006, Phil Mickelson teed off at the 18th hole with a one-shot lead. If he just parred the hole, he’d be one step closer to the career grand slam—winning all four majors, the Masters, the PGA, the British Open Championship and the U.S. Open. He’s come close in the U.S. Open, and eventually finished second a record six times.

But something strange happened on his way to victory that day. Winged Foot usually penalizes players who aren’t accurate. Phil only hit two fairways on that final day, but somehow still held the lead. On 17, he sliced his drive into a trash basket. But his legendary scrambling ability was on display as he managed to par the hole, leading to 18.

Among his closest contenders, Geoff Oglivy landed in a sand-filled divot in the middle of the fairway, and Colin Montgomerie had just double bogeyed the final hole to fall out of contention. So it was set up for Mickelson to take down his next major win. The smart play would have been to hit an iron or wood to safely land in the fairway, use his skills with wedges to land on the green after the second shot, and then two-putt for victory.

But Mickelson pulled out his driver, which had been wild all day. It didn’t stop him, and predictably he shanked the drive way left toward the hospitality tent, where it got a favorable bounce onto a tramped down piece of rough.

Bet the U.S. Open at PlaySugarHouse.com, and get a Free Bet. Place a real-money wager of $50 or more on a golfer to win, get $2 towards a Free Bet for every birdie their golfer records, and $5 for every Eagle or Better throughout the tournament.

It wasn’t a tough shot—for Mickelson—and it was similar to the shot he had just executed on 17. But unlike 17, there was a big maple tree obstructing his view, and he smacked it dead center with his shot, which bounced back and landed 30 yards from where he hit it. From there, he wedged a shot into an impossible greenside bunker. His next shot rolled across the green into more deep rough, and his chances to win evaporated.

What a great story it would be if Phil could slay these demons and win his career grand slam at the course that so bedeviled him in 2006. It’d be one of the greatest stories in golf history—indeed, in sports history.

But the chances of that happening are slim and none.

Since he won his last major, the British Open in 2013, then really needing the U.S. version to complete the grand slam, Mickelson has been dismal in the event. His best finish was a tie for 28th in 2014 at Pinehurst.

His recent history is no help. Just last week, he finished in a tie for 44th in the Safeway Open, an easy course that most of the big players avoided, so the field was wide open to put on a show. His last victory was in February 2019, when he captured the AT&T Pebble Beach Pro-Am, and his 2020 record left him with a FedEx Cup ranking of 146, far from his historic heights.

Add the usual unforgiving fairways of Winged Foot, rough above your ankles, and inconsistent play, and it would be something of a miracle for Phil to write that greatest story given his erratic play of late.

Bet up to $100 on your first single bet at GoldenNuggetCasino.com.

If your bet loses, Golden Nugget will refund your stake up to a $100 Free Bet. Only straight wagers and live bets qualify. 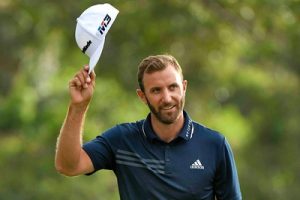 So who’s positioned to take the U.S. Open? You’ve got to start with Dustin Johnson, who captured the 2020 FedEx Cup two weeks ago in dominant fashion, winning two of the three events in that playoff. But your odds to pick DJ are tough, +850 ($10 bet wins $85).

Jon Rahm, the tough Spaniard who won the BMW Championship last month, comes in second at +1000. Rahm has never won a major, and has performed very well on tour since the restart in June. The rest of the top five choices include Justin Thomas (+1400), Xander Schauffele (+1600) and Rory McIlroy (+1800).

To win a U.S. Open, you have to be a champ. There aren’t many flukes who somehow get lucky enough to win, so if you’re going to bet it, stick with golfers who have a proven track record.

Colin Morikawa won the first major of 2020 in early August (no British Open this year due to Covid), so he’s got to be considered a contender at +2000. And of course the talk of the tour since the restart Bryson DeChambeau also has to be on that list, at +2800.

Make your first real-money deposit at WilliamHill.com, and you’ll be awarded a Free Bet up to $500. Sign up today!

There are a bunch of players in the +3300 to +4500 range. The most intriguing ones who have never won a major are Tommy Fleetwood, who always seems to hang around in the big tournaments, Patrick Cantlay, who has yet to put together all aspects of his game since the restart, and Patrick Reed, who can catch lightning in a bottle at times.

Tiger Woods returns to chase his 16th major championship, but bets on him at +4500 are almost as quixotic as a bet on what might be the best story in golf this week, Phil Mickelson at +10000.

Here’s the latest from BetRivers.com: