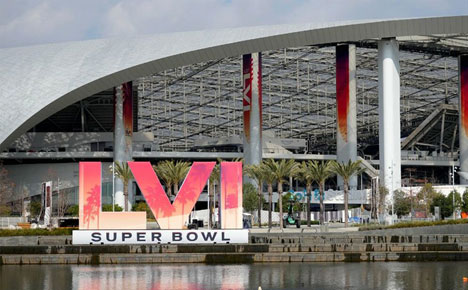 Sportsbooks are offering hundreds of prop bets on the Super Bowl, but some just aren’t worth the money. Reger tells you which ones to skip.

According to the American Gaming Association, a record 31.5 million people will bet on Super Bowl LVI. The trade group also predicts that $7.6 billion will be wagered this Sunday.

While there are several six-figure bets on the outcome of the Bengals-Rams game—and a few million-dollar bets—most of the money will go to proposition bets.

Sportsbooks have created props on everything from the MVP winner to whether the game will go into overtime. Westgate SuperBook in Las Vegas produces a prop book with 32 pages of these specialty wagers.

But not all prop bets are created equal. While some offer tremendous odds, avoid them if you want a winning bet sheet. Here are some prop wagers that are better left alone.

The last time a PAT missed was in 2018, when kickers for the Philadelphia Eagles and New England Patriots missed one. The same New England kicker, Stephen Gostkowski, also missed a PAT in 2017.

It’s true the PAT has become more of a challenge since 2015, when it was moved from the two-yard line to the 15. Even so, it not likely to happen, and this bet isn’t worth the risk.

Bet $50, Get $50 when you sign up to wager on Super Bowl LVI at BetAmerica! Just create an account, make your $50 deposit, and wager on the biggest game of the year!

It’s not that two-point conversions aren’t attempted, it’s just that the odds for them are so poor. The Yes at PointsBet is +125, while the No is at -165.

The only reason they might do it in the Super Bowl is if a PAT is missed, and as mentioned above, the chances of that are pretty rare.

At PointsBet, place a Pre-Game $20+ Bet on the Cincinnati Bengals vs. Los Angeles Rams, and you’ll get a $20 Free Bet to use live during the Super Bowl!

BetMGM has a prop bet on how many touchdown passes will be thrown by Cincinnati quarterback Joe Burrow and Los Angeles Rams signal caller Matthew Stafford.

The best odds for each is exactly two TD passes at +180. Not a bad bet. What is a bad bet is no touchdown passes. Both these QBs throw the ball, a fact that won’t change on Sunday.

The odds for no TD passes are +500 for Burrow and +700 for Stafford. Unless one of them breaks an arm, they’re going to find the end zone with one of their receivers.

Get One-Game NFL Parlay Insurance at BetMGM. Opt in and place a one-game parlay on the Super Bowl with four legs or more. If you miss one leg, you’ll get $25 back.

At Super Bowl XLI, back in 2007, Chicago Bears return specialist Devin Hester took the opening kickoff 92 yards into the end zone. That was the first time someone returned the opening kickoff for a touchdown. And 14 years later, the record still stands.

Sportsbooks hope bettors will bet on it happening again. At PointsBet, the odds for the opening kickoff being returned for a touchdown is +8000. Very tempting, but don’t fall for it. The chances are slim to none.

One reason sportsbooks don’t believe it will happen—there isn’t a No bet alongside the Yes wager. So don’t fall for this one.

Don’t miss the biggest betting day of the year. Join Unibet Sportsbook today. Once you add funds, your first cash bet is insured up to $500 if you don’t hit a winner.

This is one of the most heavily bet props: who will score the first touchdown. The odds are really good, with the favorite Cooper Kupp at +450 at Golden Nugget online sportsbook.

Only problem? You aren’t a mind reader. How do you know if Odell Beckham Jr., at 750, is going to score the game’s first TD?

This is guesswork at best. Put away your Magic 8 Ball and use your money on bets that are based more in stats and probability.

Bet the Bengals or Rams at Golden Nugget. Simply place your bet of choice on any sportsbook market (min. odds -200) and the Nugget will match your stake with a Free Bet up to $250.