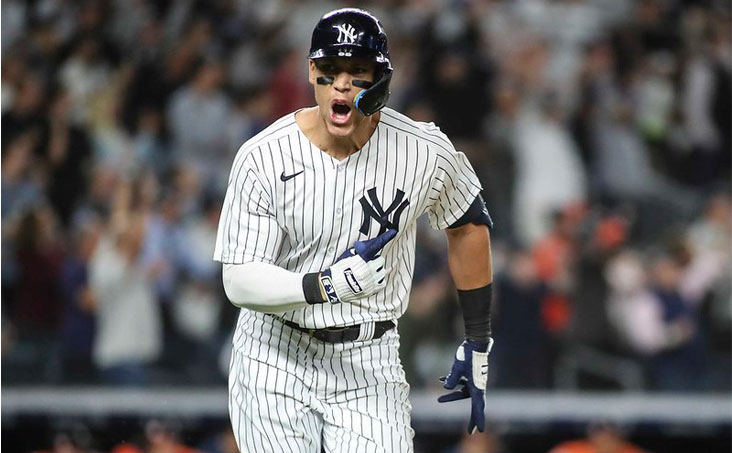 New York Yankees outfielder, Aaron Judge, is the runaway favorite to win AL MVP, but there could be value in a few superstar players sitting just below Judge.

The American League MVP race has really started to shrink lately with how insane the New York Yankee’s outfielder Aaron Judge has been playing, but everyone can go on a cold streak just as easily as a hot streak. Judge is currently sitting at +100 at BetRivers, which has little to no value as it stands.

However, this means that we can get some other superstars at great numbers to make a comeback and steal the award away. Let’s take a look at Toronto Blue Jay’s star Vladimir Guerrero Jr., and how his odds have plummeted recently to give us an opportunity to win huge money at a later date.

As I mentioned, the AL MVP discussion has pretty much come down to Judge and his ability to continue this torrid pace that he has been on the first three months of the season. I am willing to bet against that and go with a guy who is at a number that most thought was unreachable just a few short months ago. 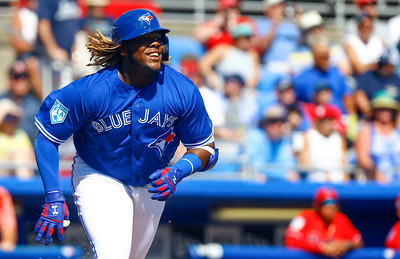 It’s no secret that the Toronto Blue Jays aren’t quite as good as people thought they would be up to this point in the season, and that is a direct result of some disappointing play from their star players. Guerrero Jr. is no exception to that. This season, he isn’t hitting at the same pace that he was at this time last year, which has hindered Toronto from reaching their potential.

The first baseman is hitting .250 with 14 home runs and 34 RBI this year, which isn’t necessarily bad, but certainly not the AL MVP numbers that we expected from the young star. During the month of May, he struggled mightily at the plate, hitting at just a .217 average with only three HRs and eight RBI. That has caused his MVP odds to shoot down to a crazy +3000 at BetMGM.

Guerrero Jr.’s far behind the leader in Judge, but he can make a comeback if he starts playing at the level he did last season. In June, we’ve seen glimpses of that already, with the slugger hitting .333 with seven homers and 15 RBI.

We all know what Guerrero Jr. is capable of, as evidenced by his 2021 season. At +3000 odds to win the AL MVP, it is worth a bet that he can turn things around and get better at the plate for the rest of the season. Toronto will need him playing at his best if they’re going to win a championship this season, and they have the pieces to do it. It isn’t crazy to think this number could go lower than +1000 soon and closer to where he started out the season.

Log in at BetRivers and receive a 20% profit boost on MLB every week! Max wager $25, max winnings $250. Wager must be -200 odds or greater. Profit boost expires 24 hours after issuance. 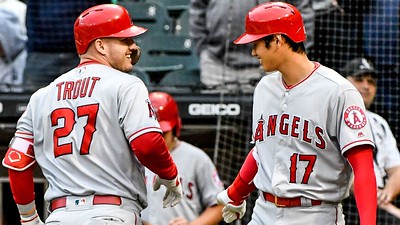 So far, Ohtani’s numbers are not eye-popping like they were last year. He would have to have a great second half to be in the conversation.

Cleveland Guardians third baseman Jose Ramirez is at +700 at BetRivers, and his numbers are closer to Judge’s. Ramirez has 16 home runs, 62 RBI, and is hitting .306.

If Judge cools down, then expect someone else to fill the favorite spot. Now, however, is the time to pull the trigger before it’s too late.

Take advantage of early payout offer at Bet365. Place a pre-game straight bet on the moneyline for any MLB game and if they lead by five runs at any stage during the game, they will pay out your bet in full regardless of whether the opposition comes back to win the game.

Are you watching MLB on FuboTV? If not, why? Watch Live or Stream all the games – sign up here.