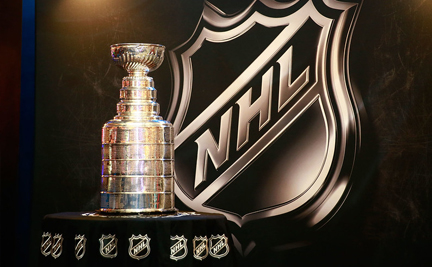 It’s down to four teams and just one more round until the Stanley Cup Finals hit the ice. Which team deserves to lift Lord Stanley’s trophy?

NHL playoff races should be nothing short of electric this season, and these teams have positioned themselves best (and worst) to make some noise come October.

Tampa Bay enters the semifinal round with a slight advantage, as the lone team to advance through the second round without needing a full seven games to do so—in fact, they only needed five. After dropping Game 1 against Boston, they bounced back in a big way with four straight victories. 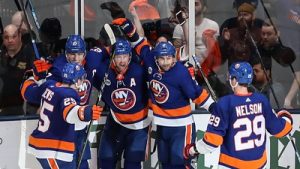 Game 1 was the only time the Lightning failed to score at least three goals in the series; the team ended up with 19 goals in just those five games. Andrei Vasilevskiy has been a star in net for Tampa, but when his offense is scoring (like it has been lately), he doesn’t even need to be. Superstar forward Steven Stamkos remains unavailable for the series, but Nikita Kucherov will be returning for Game 1 in his place.

New York has been electric this postseason. As a 7 seed, many didn’t even give these guys a chance to win a single playoff series. The Islanders now find themselves four W’s away from the Stanley Cup Finals, and they got here behind a similar combo of volume goal scoring and elite goal-tending. Semyon Varlamov has been a rock for the Isles, providing brick-wall goal-tending as well as much needed leadership. The scrappy New York attack has also been quite active, averaging a little under 3.5 goals per game in their three playoff series victories so far.

Overall, this series should not lack goal-scoring. Both teams, despite having solid goal-keeping, made it this far because of strong forward play. Expect an uber-exciting, back-and-forth series. I don’t know if I’m going to immediately regret this, but give me the Islanders to make it out of the East! They’ve been written off time and time again, and it just seems like it’s time to finally show New York some respect. I’m taking the Islanders in 7.

Go for the gold! Get up to $100 on your first single bet at GoldenNugget.com (straight wagers and in-play bets only). If your bet loses, your stake will be refunded up to a $100 Free Bet. 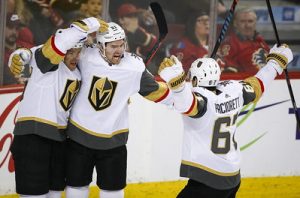 Until their second-round meeting with the Vancouver Canucks, the Golden Knights had looked unstoppable since the restart. They won all three seeding games to earn the West’s top spot before making short work of Chicago in just five games to begin the playoffs.

They continued this run of dominance, jumping out to a 3-1 lead over the Canucks. But Vancouver didn’t lay down, and won the next two, to scare lifelong Vegas fans and force a Game 7. The Knights went on to convincingly win Game 7 and advance to the WCF, perhaps restoring any lost confidence in their team’s Stanley Cup chances.

Dallas made it here, but not in a particularly convincing fashion. This scrappy bunch has won in six and seven games, respectively, so far in their first two series. The Stars took a similar route to their WCF counterparts in the second round, going up 3-1 before eventually needing the full seven games to advance.

But like Vegas, don’t let this deter you from what they’ve done so far. Dallas is a force to be reckoned with, and won’t give up despite opening as series underdogs.

Both teams have used a platoon system in net so far, and both are scoring an extremely similar amount of goals per game in the playoffs (VGK 3.27, DAL 3.37). This series might come down to which team focuses more on defense down the stretch run.

Defense and goal-keeping advantages tend to go to the team with more playoff experience, which tips the scale towards Vegas, which made the Stanley Cup Finals in its first-ever season just two years ago. Vegas should take this series and ultimately take the Cup, but not before this round goes to six games.

Three of the four second round series went to the maximum of seven games before being decided. Don’t be at all surprised if one (or both!) of these conference final matchups continue the trend. Both series have many goals on the forecast, which should lead to some more must-see playoff hockey. Take a look at those series lines and see if you can make some magic happen!

Game on! Create a new player account with BetMGM.com, and you’ll receive a 100% deposit bonus worth up to $500.

Keys to Victory for