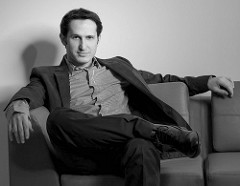 With its announced merger with FanDuel on the scrap heap, DraftKings CEO Jason Robbins said his company is preparing to move forward with an emphasis on attracting new, casual daily fantasy players.

DraftKings and FanDuel announced earlier this month that they would not fight a move by the Federal Trade Commission to block a planned merger between the two on anti-trust grounds.

Jason Robins, speaking during a Facebook Live session, said the company is ready to move forward on its own and will offer a simplified DFS game for the upcoming NFL season along with it regular games.

The game will be fashioned like Arcade Mode, which DraftKings introduced for the Major League Baseball season. Arcade contests have smaller rosters of players, higher scoring and is aimed at attracting recreational players.

“I’ve heard a lot of really great feedback about Arcade Mode, and looking at the numbers lots of people are playing it, which is great,” Robins said as reported by Legalsportsreport.com. “Definitely a more casual game, that I think if you don’t have as much time, or you just want something that’s a bit higher-scoring, it’s great for those types of players.”

Robins said he expects an arcade version for each sport including the hockey and basketball.

Robins also implied that DraftKings will offer a contest with a $1 million prize this NFL season in a number of “Millionaire Maker” contests for its traditional games.

The company also won’t be offering contests for college sports—which has been banned by several states passing DFS legislation—but does plan to include more sports in its games such as boxing, tennis and EuroLeague basketball. The company also hopes to expand internationally, he said.