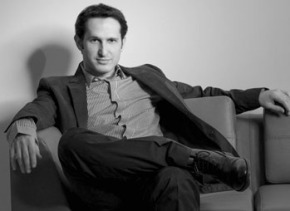 DraftKings began preparing for legal sports betting when there was still only a chance that the U.S. Supreme Court would eventually overturn the federal Professional and Amateur Sports Protection Act, which effectively banned sports betting in all but four states.

“We started mobilizing for sports betting as soon as the court announced that they’d hear the case in late June 2017,” Robins said during an interview with sports business journalist Darren Rovell at ICE Sports Betting USA. “We had to figure out a whole business overnight. We had never done this before. So, by the time PASPA got repealed, almost a year later, we were way further along than we might have been if we didn’t get ahead of it.”

“I think we still benefited from being first,” he said. “I think for us it’s particularly important to be first because we have a customer base to protect,” Robins said. “Our customers will go find other places if we don’t offer the products.”

Though lower than he expected, he still said the percentage is “humongous,” though winning customers away from illegal unlicensed sites remains a challenge.

Robins said DraftKings is also looking into create hybrid products to attract players who play daily fantasy, but don’t gamble and vice-versa. He also said he hopes the company can re-enter Nevada, which it exited after state regulators ruled that DFS companies needed a gambling license to operate in the state.

“We’ve had some good conversations with the regulators there,” he said. “Nevada is a market that is pretty important to us. We’re working on it.”

Olson repeatedly said the argument was a “longshot” at prevailing, since the court had only ever overturned two cases on 10th amendment grounds.

“Think about those odds,” Olson said. “Those are part of what was overcome in this case. We’re here because of a wager on sports betting made by the people of New Jersey, Governor Chris Christie, and the people involved in gaming in New Jersey. That was a remarkable gamble.”